Here is an article I wrote for the company, Globe Of Love on appearances and prejudice. This company is an online magazine that provides inspiration and positive messages around the globe for everyone.

Our society is based on first impressions. Within seven seconds of first meeting someone or even standing next to them on the tube, we size them up. Studies show that these seconds are used for us to judge if someone is intimidating or threatening and after they passed that test, if they are attractive or not to us. Although a primitive part of our nature, the fact that society follows through with these labels we immediately assign to one another, is unnecessary and judgemental.

With 10 million daily active users on sites such as Tinder, (a dating app solely based on your appearance) we can see that looks, for most people, are everything. People focus on looks to make a quick assumption of one person’s character and actions, obscuring the inner contents of that individual, which are far more important.  For example, I like to wear clothes that are timeless, colourful and that will jazz up anything ordinary. Now, when I wear these clothes, I am immediately judged as a “hipster”. I have been wearing – and buying these clothes might I add- before the term hipster was invented, I am not being a hipster.  I am just being myself. That term turns me into one dimensional, which is not the case at all, as all humans are complex, unique individuals. Society needs to ditch this constant prejudice towards other people in relation to appearance; gender, attitudes, race, religion, lifestyles and occupations, to pinpoint who someone is. 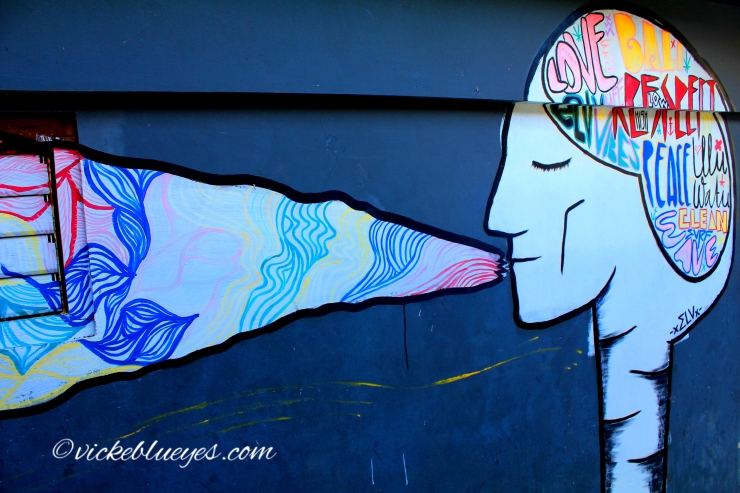 Racial prejudice is an area I encounter often. When I tell people I was born in the Middle East people often look at me in confusion and horror. I get comments such as “But your white?” and “Did they teach you how to make bombs in school?” With these ignorant and inconsiderate comments in reference to the Middle East, I can only respond politely. Society, without experiencing the country themselves or the local people, jump to their own naïve conclusion through what has been portrayed by the media, which is based on a minority rather than a majority, rather than making their own judgement through experience.

A story that I frequently repeat is one that happened during a religious festival in Bahrain- Day of Ashura. This is where Shia Muslims flock to the streets out of guilt and sorrow, due to an ancestor named Husayn and his family being martyred because of many of his followers leaving him. To emphasize their suffering, mourning and loss, the Shia Muslims self-flagellate themselves with swords whilst marching in public. During this period whilst I lived in the Kingdom of Bahrain; a family friend of ours, en route home, had to drive near to the planned march in the city centre to reach his house. Suddenly, his car broke down.  Surrounded by a passionate and blood soaked mob of Arabs, one could say he was a little nervous. But what did they do? They stopped marching and helped our friend push his car out of the sand, thus letting him journey on home.

Society looks at one another with apprehension and suspect. If one person talks to another on public transport, they are mad, rather than being friendly. If someone tries to help you, you think they’ll steal your handbag. We need to stop jumping to conclusions, to think we know one person and their character because of their appearance. These continuous assumptions made on one another can lead to that person finally becoming what others see them as, with the behaviour and the stigma attached to it. This is often how offenders are treated. They are seen as animals, criminals and outcasts of society, not as people whom have made mistakes, which can easily happen to anyone. Because of this continuous reception they receive, they struggle to break this mind set, this alter ego and more significantly, their cycle of offending. Rather seeing their actions as mistakes and something they want to change; they see that their behaviour is the way that they are and always will be, unable to put their pasts behind them, have the confidence to learn new skills and develop into a better person.

I have worked with a number of offenders, both young adults and women in various units up and down the country through a theatre environment. This allowed me to see these people further than their sentences and cell blocks, but who they are as people. Working so intensely and in such close partnership with them; I really learnt their personalities and quirks, their confidence or lack of, their enthusiasm towards new games, their creative energy and the vast imagination they have. Offenders are people to. They should not be punished for their crimes and their past actions throughout their future. Just like you should not “punish” someone for looking a certain way by judging them by what you see, not what you know.

Humans are complex, unique and beautiful beings. Each individual acts, sees, and lives in a completely different way. Get to know someone before you judge them and treat everyone you meet how you would like to be treated, you will be surprised with how this small action can impact so positively on other people’s lives- as well as your own.