From a bus to Kochi, we then get on a jam packed ferry escaping the hustle and bustle of the city. Fort Cochin seemed to be a backpacker haven. A place where tourists can wander aimlessly through the streets filled with abstract and political art donning the walls, sip coffee at rooftop cafes or barter for a bargain at its many heritage antique shops that seem to resemble a treasure chest. 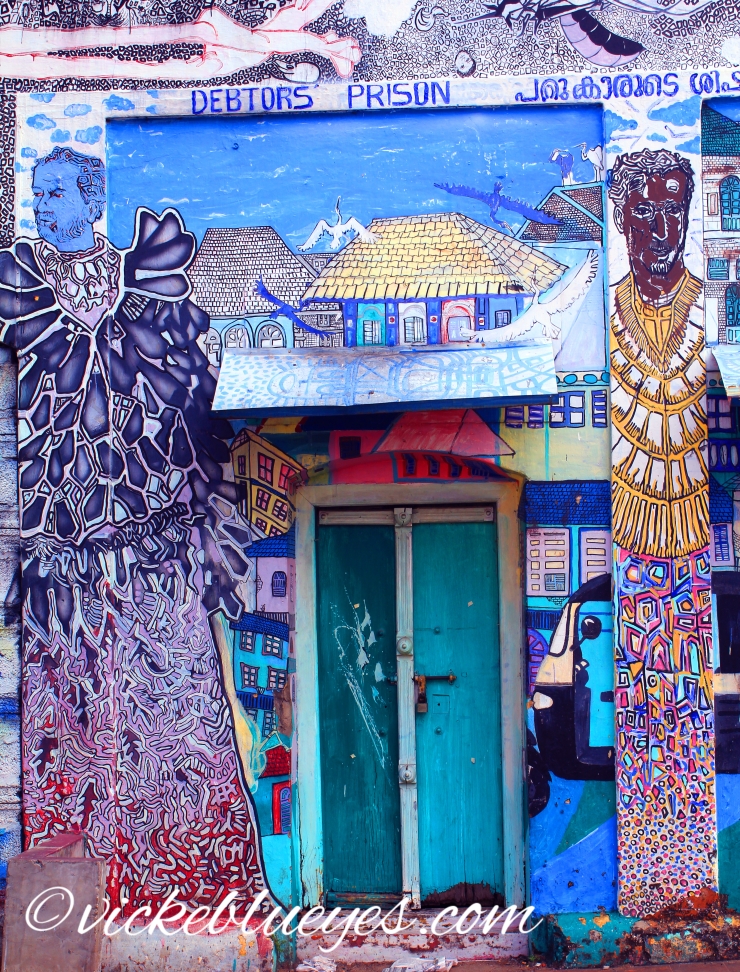 There is much to explore on the little island of Fort Cochin and walking around town, you can find the sights easily yourself. Start with the Chinese fishing nets at the docks. These massive nets are connected by various bamboo poles and weighted down by rocks and are used for onshore fishing (how that works I have no idea.) Apparently, they used to be many when the Chinese colonised and lived in Fort Cochin, however only 11 still remain.

Leave behind the pungent smells of raw fish and start to walk to Matancherry. On the way to Matancherry, walk past herds of goats acting as if house dogs, colourful shops with large bags of aromatic spices at its door that entice you in and houses that are years old. Arabic writing hangs from entrance doors and glimpse at paperwork and manual labour which people in India do, rather than the easy click or tap that the UK does with machines or computers.

Fort Cochin, being such an artistic and cultural hub, means that there are many interesting art exhibitions on, dotted along the path to Mattancherry. They are organised in relation to Bienalle, a world renowned arts organisation that is known for producing culturally significant and powerful work. Finding these art galleries seems as if a game, hard to find through the labyrinth of streets. Some are works of students which are humble and fascinating creations. The younger generation of India took to the arts to describe and highlight the cultural, economical and political restrictions they face. Using graphics; paint, woodwork and sketching, a number of students from various backgrounds all united together to share what they are feeling. You can really spot their emotions through their work, the portrayal of themselves, their family, their thinking and their country. One piece that really stood out to me was an artist who was constantly being held back and told inferior because of his caste (even now) and used ashes from a house that was burnt down in his village, by other members of his community because of their caste. Using the different shades of ash from the incident itself, it formed the faces of those that died in the fire. The significance of the incident, the medium and the overall image it created was extremely poignant and made me empathise with this artist, who although I had no idea who he was or anything else about him, made me want to know him.

After visiting these galleries walk to the main area of Matancherry, where you can sit and rest your tired feet whilst having a “continental lunch”. Definitely a guilty pleasure. Wander around Matancherry and look at the various signs that label the area “Jew Town“. After exploring the ancient and beautiful synagogue, walk to the heritage arts centre where you able to see some of Kerala’s most prized artefacts of furniture conjoined with historical maps of India dating back from centuries ago showing various periods of colonization by different countries. En route here we saw signs welcoming the Prince of Wales and wishing him a Happy Birthday which made us giggle to ourselves and think that at one point, he must have visited Fort Cochin. Make sure you poke your nose into a few quaint and unique shops filled with beautiful individual pieces of furniture. Walking further along, you reach the Dutch palace. Although seemingly shabby on the surface, and housing mainly just exhibitions of the Royal Family’s attire, the main attraction is the 500 year old murals painted on the walls all in various bright and dazzling colours. These images are slightly faded over time, but still magnificently beautiful, and worth a visit- plus entrance fee is only 5 rupees! 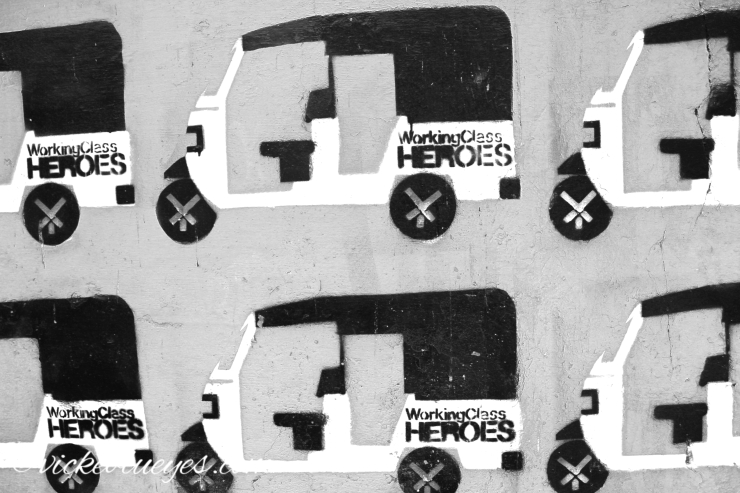 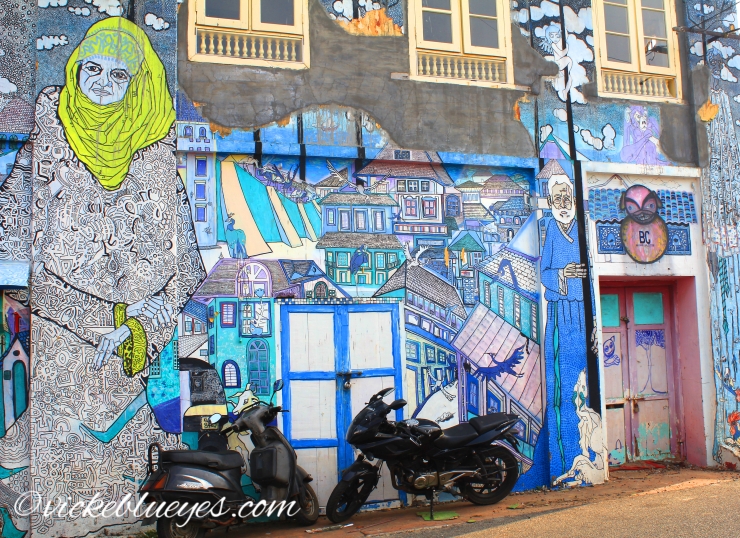 We had been recommended to head to the Kerala cultural centre where we could watch a performance of the traditional dance of Kathakali. Wearing traditional garb, having a CD play the happenings before us, all out of time to an overly enthusiastic drummer, made this performance shockingly awful. The actors had no enthusiasm behind their performance, looking tired and bored behind their make up, finishing acting wherever he wanted. It seemed the performance itself could be so much shorter, however the performance was stretched to fill the time. Then, when it ended, the bored actor stated to us all- “it is over”. I have seen many awful things in my time (especially as a drama student I was forced to watch a number of weird things) but this performance, is high up on my list. It reminded me of the Maori performance I saw in Christchurch (see South Island NZ post), where half the actors were white school kids with no rhythm. I am sure there are better places to see Kathaliaki but here is not one of them.

We stayed in Mother Tree– a home stay recommended by Lonely Planet and one we had booked on the journey there. (In high season, always book wherever you can, especially if it is possible for you to get the the country’s sim card, then do so.) The home stay was small and basic- but cheap, (which is what we were looking for.) Recommended by the owner, we went to the restaurant Fusion Bay, which was on a street near to us (the main area of Fort Cochin is small and ferociously filled with restaurants and shops providing much fierce competition). Arriving early, the restaurant soon quickly filled up with other hungry tourists. Ordering Thali each, we were astounded by the size, volume and quality of food we were given. As well as given a complimentary start and dessert- all for just 250 rupees (that’s roughly 2 pounds 50 to UK people) which is a complete bargain, so I really could not recommend this place any more!