Hampi seems to take the form of a movie set from an American Wild Western film, or from Indiana Jones. Massive boulders dominate the countryside, forcing towns and villages to merge around them. Water filled paddy fields surround the landscape, where groups of workers pluck long stems of rice from the mud soaked waters, the sun on their backs. I was looking forward to doing some rock climbing, although catching sight of the sheer mass of these boulders, I thought against it. Hampi is a UNESCO world heritage site. Temples, the royal palace and ruins from civilisations along time ago, are breathtakingly beautiful and intricate, whilst others just a pile of rubble. Most backpackers sleep across from the river, away from the Hampi Bazaar (although seemingly small itself). Catching a boat to take you across the river for ten rupees is easy, and where I made friends with a cow, (it became stuck in a bit of rope and I freed it- who knew cows would like to be stroked?) 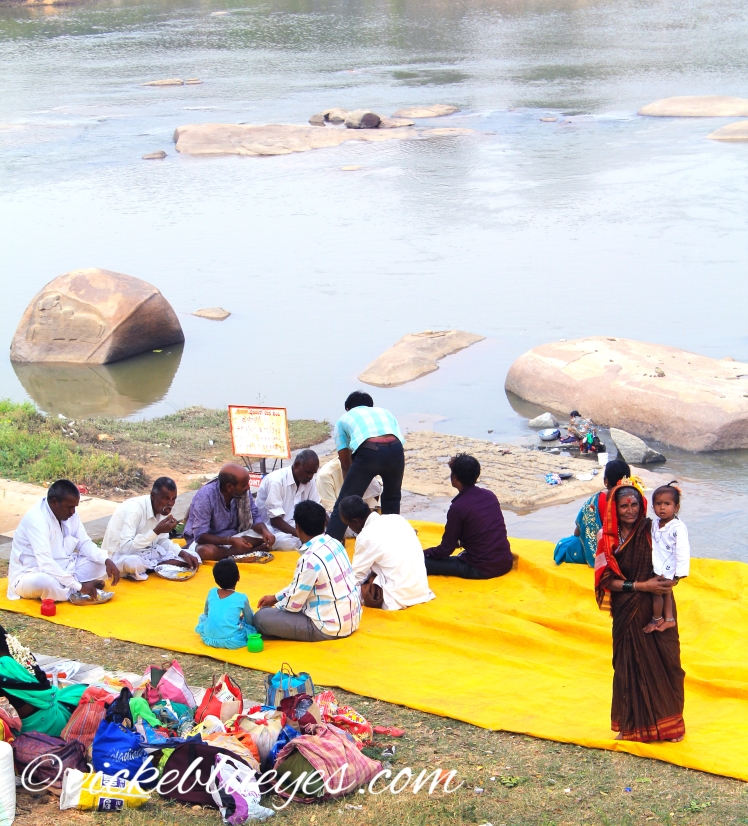 The best way to explore Hampi is by bicycle, and as there are so many rental shops you can easily get them for a cheap price. Walking to a temple we passed a large function that were celebrating a religious festival there. Saris of red, orange and gold were wrapped around every female in view, gold jewellery clinging to each patch of bare skin. Men were shirtless dressed in white and red, grinning in excitement and anticipation. After turning down their offers of food, they did a rhythmic dance with sticks in a circle. The children bounced in unison, click clacking sticks together creating a sound that rang around the valley. As the beat began to speed up, the serious expressions on the children’s faces began to harden until suddenly the beat stopped and all the dancers burst into an exhausted pile of giggles. It’s funny how in India sights of functions and shepherds with their cattle, are usual around such prestigious ruins, whilst in the UK, slights like these are roped off and unreachable. Here, life still continues around them, rather preserving it, they are juxtaposing the old and the new, the past and the present world. 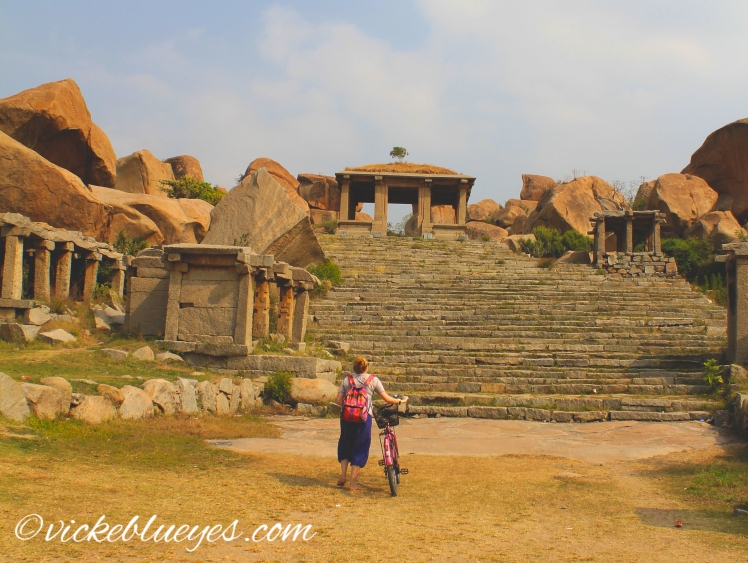 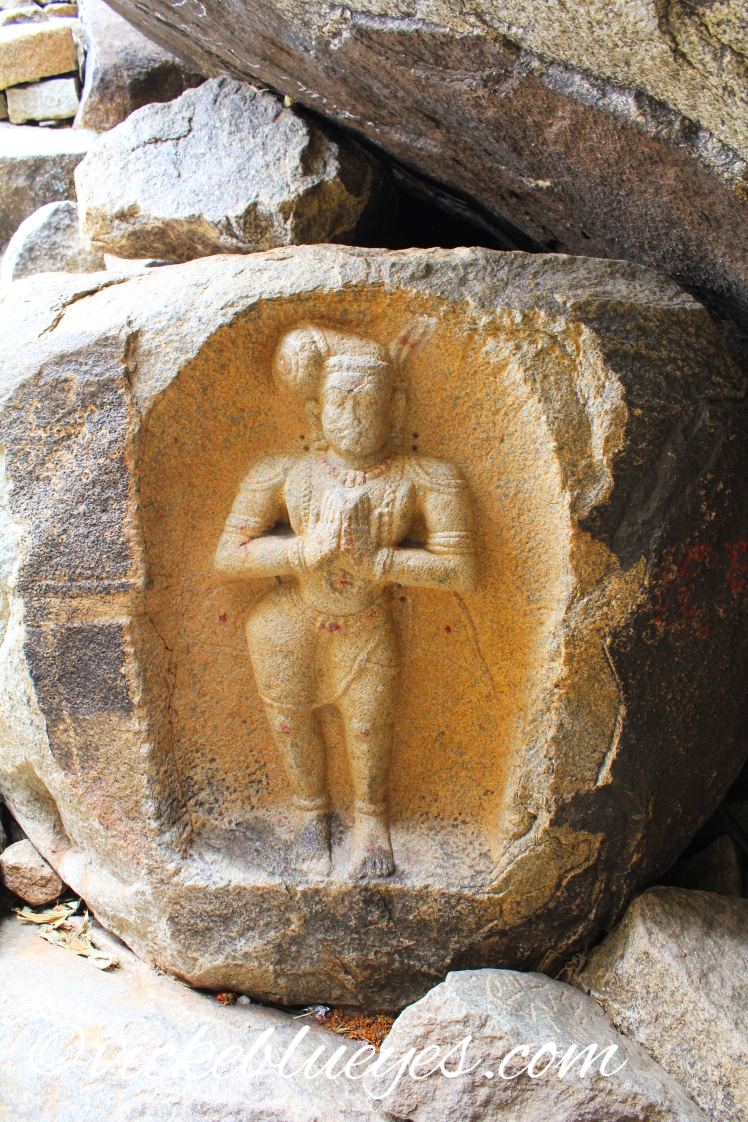 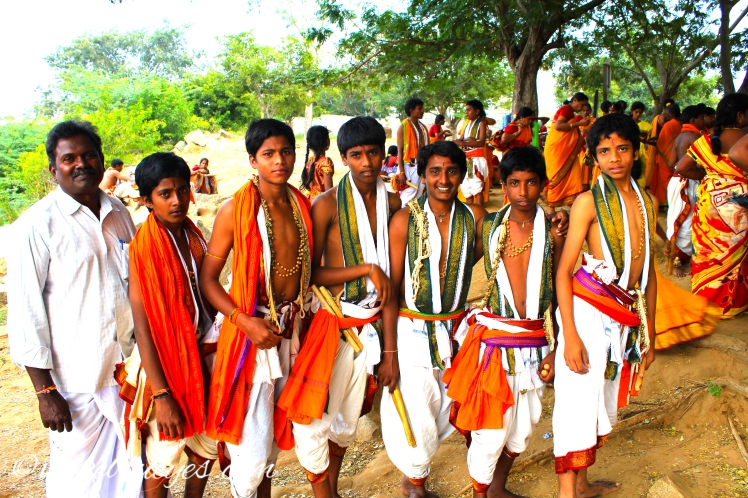 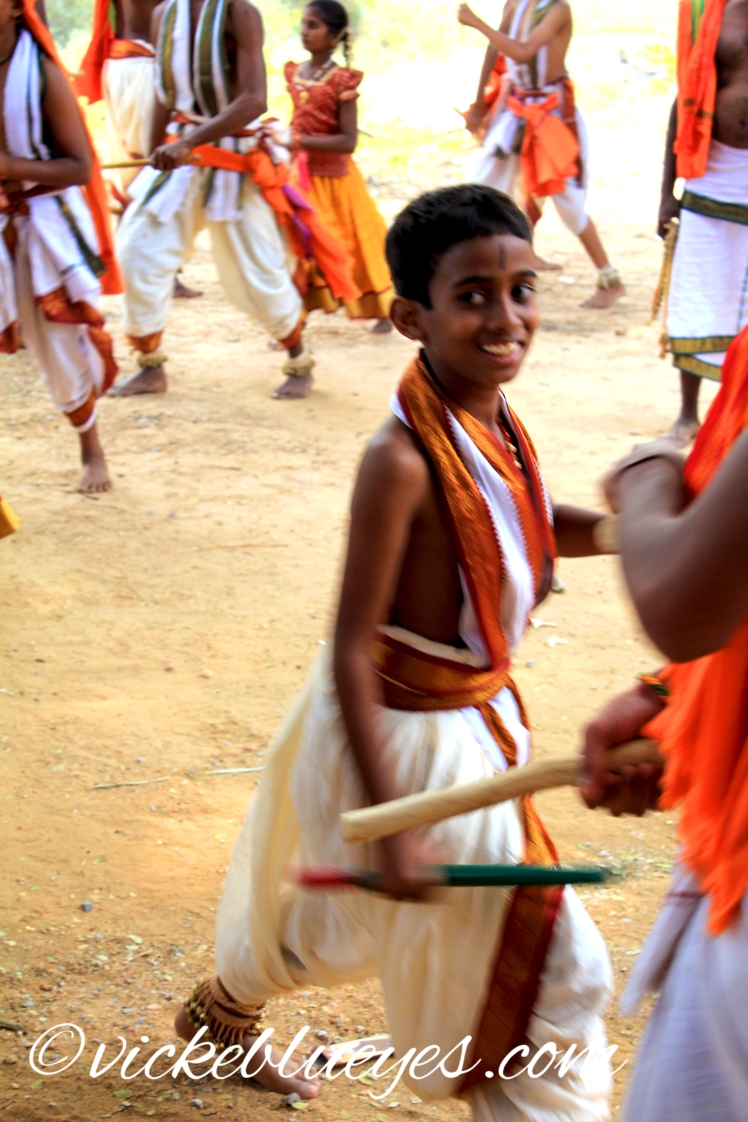 Achyuta- Raya Temple and the Vitthala Temple are the highlights of Hampi, so make sure you leave enough time to explore these. Hire a tuk tuk to the Royal Palace (where if you buy a ticket to the Vitthala temple on the same day, you are guaranteed free entry to the Royal Palace saving yourself 250 rupees). Marvel at the beautiful pavilion of Lotus Mahal, where elephants were kept some time ago for processions and momentous ceremonies. The buildings reminded me of Marrakesh with an Islamic style of architecture and various shapes of domes on top of the buildings. We took a small path behind to venture further, but were met with women lunching within the ruins, illustrating to us the sights within the Royal Palace were very little, predominately ruins. 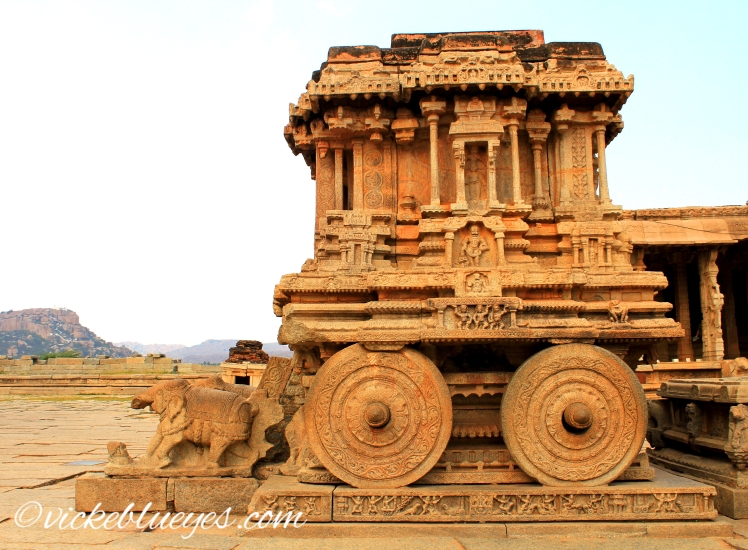 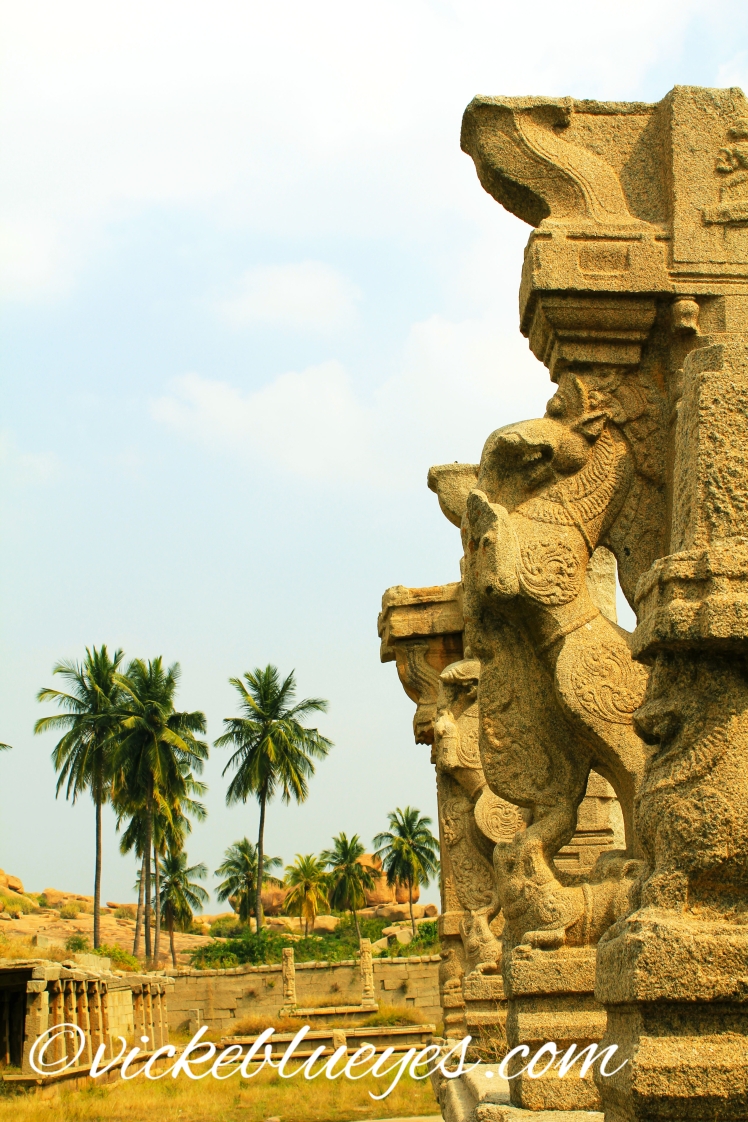 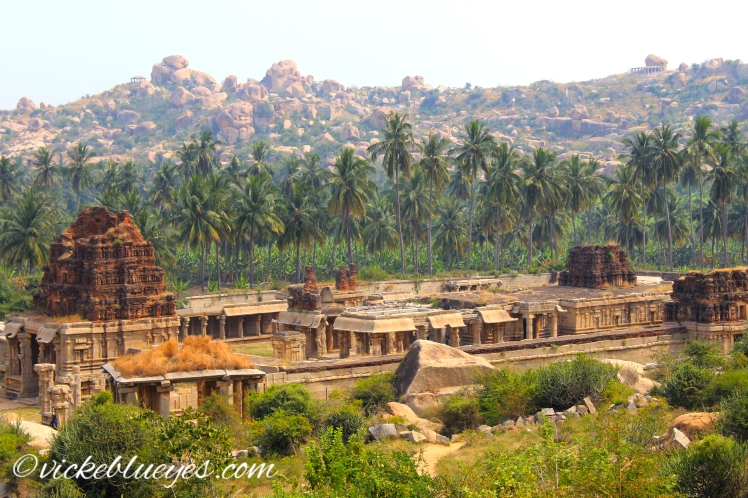 Whilst in Hampi, catch the sunset on a nearby hill near all the guest houses across the river. It is a majestic sight to watch the bright glowing sun dip behind a rug of rice fields and dramatic boulders. Make sure you leave time to wander the streets of Hampi Bazaar and dine at Gobi’s rooftop restaurant, buying tourist items from the many shops and washing the friendly temple elephant. 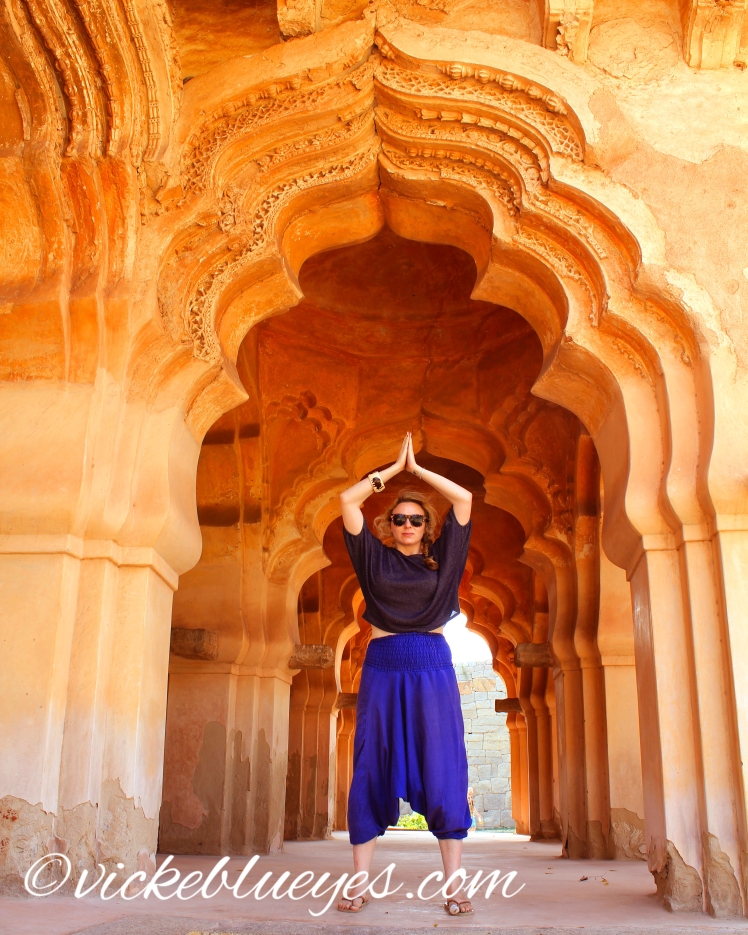 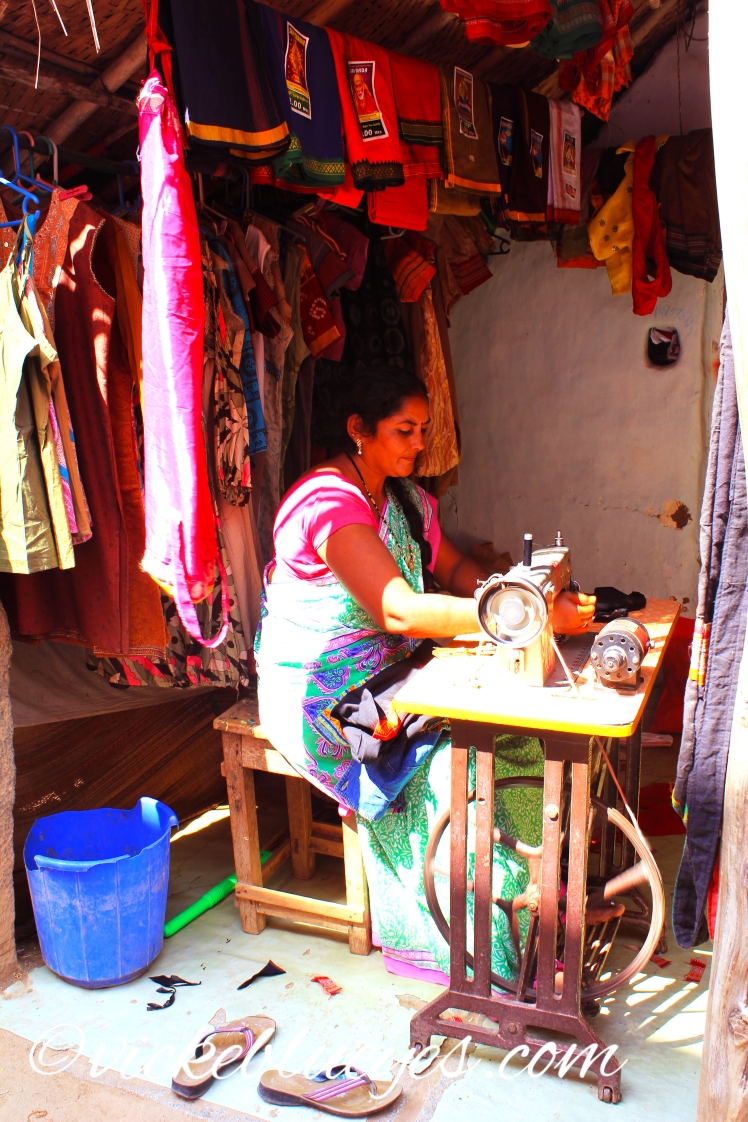 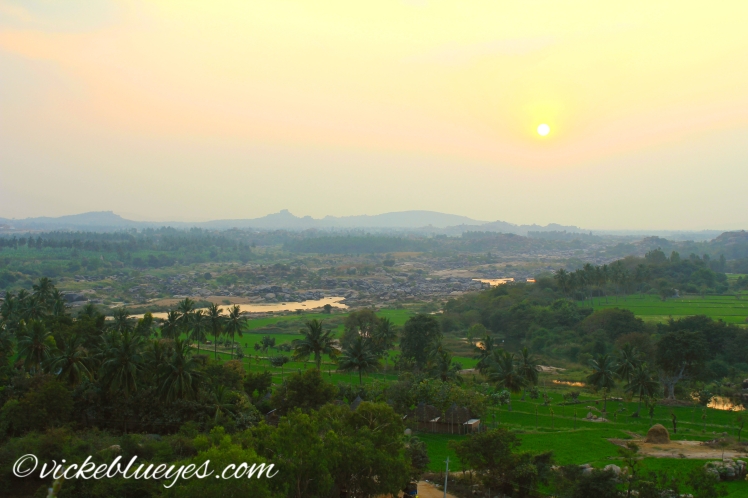 We decided to stay at Funky Monkey hostel, (different to the one in Goa), where we paid 400 rupees a night for a basic bed in a hut. We had dinner at the Lonely Planet recommended Laughing Buddha, by the river, which quickly showed to us how mosquito ridden Hampi was. After dining on Kadai chicken, we went back to our hostel and found how it always was, everyone chilling and watching movies (all the hostels play a variety of different movies every night). And when I say, “chilling” or another backpackers says, “its chilled”, what they really mean to say is that it is where you can smoke weed or hash, with no problem. Which is how everyone seems to spend their nights here, furthering the stereotype of what a backpacker is like, even more.