Arriving at Polonnaruwa after a colourful 7 hour bus journey filled with the monotonous repetition of the bus driver spitting tobacco out the window; dodging traffic as if a computer game and occasionally sneaking a peak at some elephants peacefully grazing at Minneriya National Park, I instantly became much more hot and sweaty than I already was. Polonnaruwa is hot. Not Europe hot, or South East Asia hot, but India hot: sticky, humid and sweaty. There was no escape from the temperature, or the mosquitoes either.

Polonnaruwa is a fantastic resting point to see the area of Sri Lanka known as “The Ancient Cities”, or more commonly known as the cultural triangle. Escaping the emptiness of Sigiriya and the dustiness of Dambulla, Polonnaruwa has just enough in the surrounding areas to keep you occupied, and is pleasant enough to stay a while. You can spend a day hiring a bike and visiting the ancient ruins scattered all over town. Gal Vihara is the most famous and personally, the best. As the entry fee is a little steep for a backpacker, visiting the cultural cities can add up to become a little pricey, so I do advise being selective in your choices. As as a New Zealander told me his opinion of Polonnaruwa ruins, that they were “missable”, after seeing a sight such as the Ellora caves in Aurangabad. 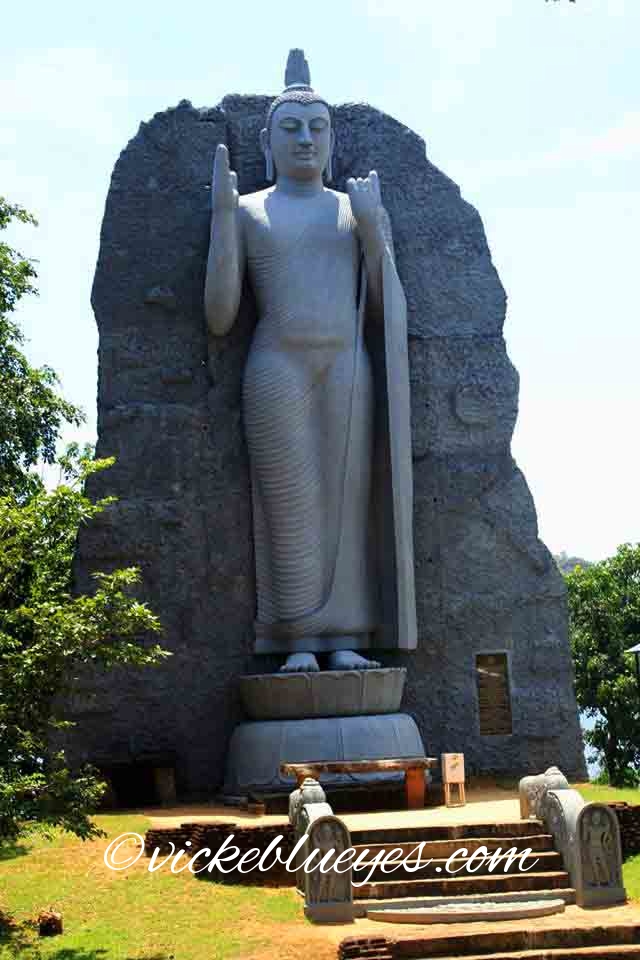 Sigiriya and Dambulla are a short tuk tuk ride away, (advisable rather than taking the bus as bus schedules are quite often not kept too and are arduous). Sigiriya is famous for its iconic oddly shaped rocky outcrop dominating the horizon. Tourists clamber vertical steps whilst passing strange carvings on the walls of the rock, that look as if communication from someone, or something out of space. After the new governments laws of getting rid of all round tickets for all of The Cultural Triangle, and introducing individual tickets at an inflated price, myself and another backpacker went to Sigiriya’s sister rock: Pidurangala, where we could marvel in Sigiriya’s awe at a similar height. This sight has a beautiful carving of a reclining Buddha at the top and the surrounding nature of the rock intertwined with the monastery below, makes this rock more powerfully calming and magical to the senses. It is also a tenth of the Sigiriya rocks price, so you can see why many backpackers choose to come here. However, the lack of funding means that the path at times, is hard to find and climbing to the top of the rock is a mission impossible, (unless your Jet Li and can scale rocks with ease). 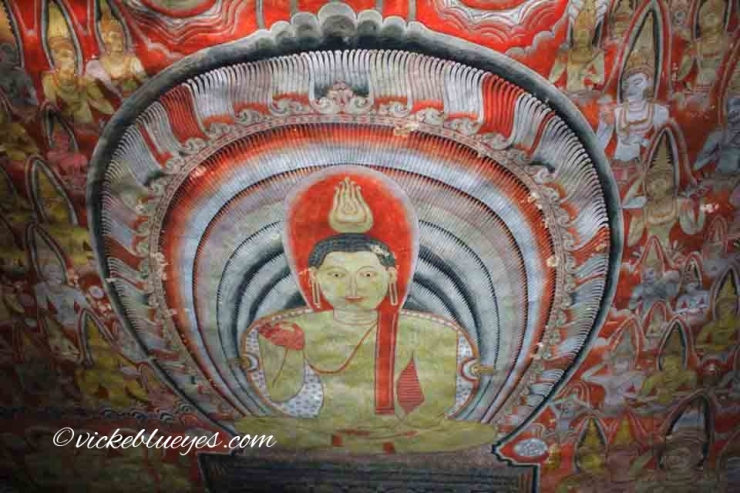 Dambulla, nearby to Sigiriya, is a beautiful set of temples in caves high up on a hill, which many climb to see. Detailed paintings of Buddha and his path to enlightenment adorn the walls and statues of Buddha all varying in size, gloom in the darkness. Ask your tuk tuk driver to take you halfway, so you don’t need to climb the entire way, (meaning less stairs in the heat, which you will be grateful for).

Unfortunately, due to financial and time restraints I could not make my way to Anuradhapura which is the place I most wanted to see. Here, the sights are a mixture of temples, stupas and ruins, which are the oldest and the most spiritual. Stand under the sacred Bodhi Tree, otherwise known as Sri Maha Bodhi, and feel the powerful symbolism it has within Sinhalese religion and Sri Lankan culture. Another must see is the Abhayagiri Dagoba, which is hidden amongst the leaves of the forest, tucked away in its undergrowth and once reached, stands erect on the horizon for all to see in wonder.

Speaking to other backpackers who had seen all of the cultural sights, they shared their honest opinions with me and said they were “templed out”, and fortunately, in comparison to other similar sights in Asia, they were not blown away. If you have not seen any sights similar to this then I recommend visiting them, you will be astounded by the creativity and attention to detail bestowed on nature, and the history behind such sights. If you are on a tight schedule, I would recommend seeing Dambulla and Sigiriya, or Anuradhapura. However, many tourists that visit Sri Lanka, ignore this area of Sri Lanka completely in favour of its pristine paradise of beaches.

The guesthouse I stayed in at Polonnaruwa was Leesha Tourist Home, run by a kind and friendly family that make your stay as if part of the family. The owner has been working in the hospitality industry for 15 years and knows what tourists want. The cheapest rooms with a fan and bathroom are 1,500 rupees and if possible, order fish curry for dinner- his wife puts on a banquet of tantalisingly tasty dishes for you, only for 475 rupees.