Leaving Bohol behind for Cebu is an easy transition, there are many ferries from Tagbilaran to various parts of Cebu. However, there are only 2 heading to Argao (my destination) a day, one at 7:30am and one at 4pm. Queuing up to buy a ticket is manic, people push each other regardless of age or gender, and thrust their names (you need to write your name and age on a piece of paper for the ticket conductor) in each others faces. I waited for an hour, using my backpack as a barricade to those behind me to ease the pressure.

I strongly advise, if possible, booking your tickets in advance at the head office, or turning up a few hours earlier than the ferry you want to get- it is a long process. 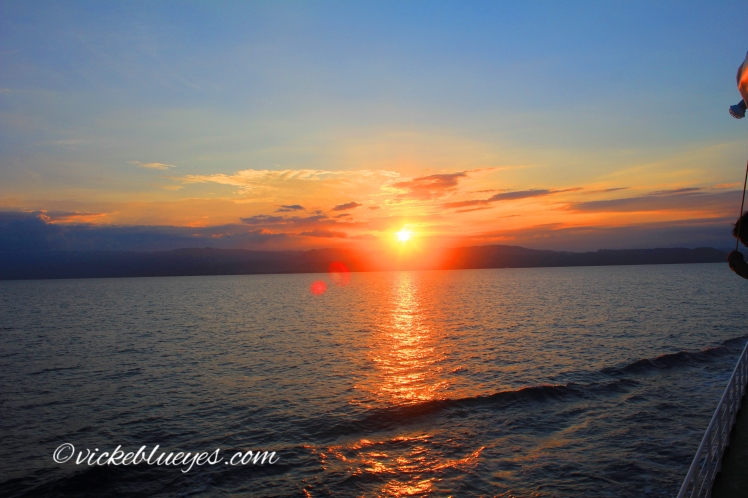 When I arrived in Cebu, after spotting a pod of dolphins riding the waves under a spectacular sunset, I headed straight to Bojloon where I was staying: Noordzee Hostel. The hostel is set in a location that makes it accessible by a ferry from Bohol, or a 3 hour bus from Cebu city center. Run by a Dutch guy, the hostel is created in a bamboo hut style but kept in pristine condition. There are options of budget dorms and more expensive, but spacious dorms with private balconies available. Prices range from 350-550 PHP and the place is footsteps away from their own private beach, although pebbly, it has sun loungers, a floating raft and a seaside hut allowing you to gaze out onto the endless blue horizon with ease, which is nestled next to a cluster of wind weathered rock formations. It has its own restaurant that serves tasty food all day long, (although a little pricey) I recommend the BBQ chicken Teppan, which makes it hard for many of the guests to leave the premises. 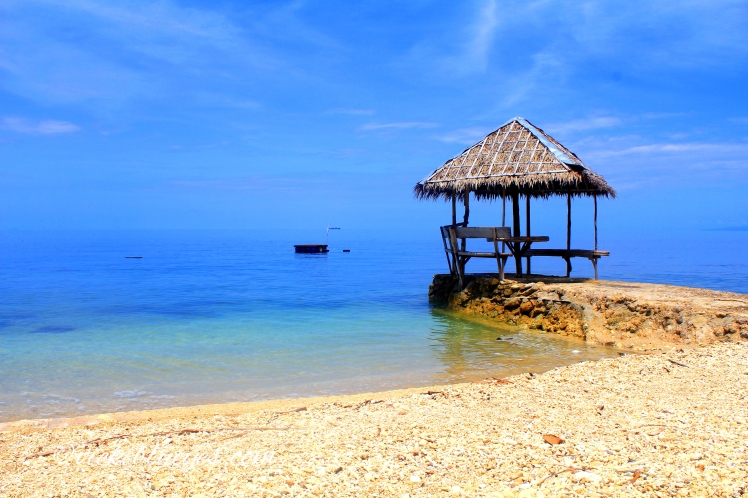 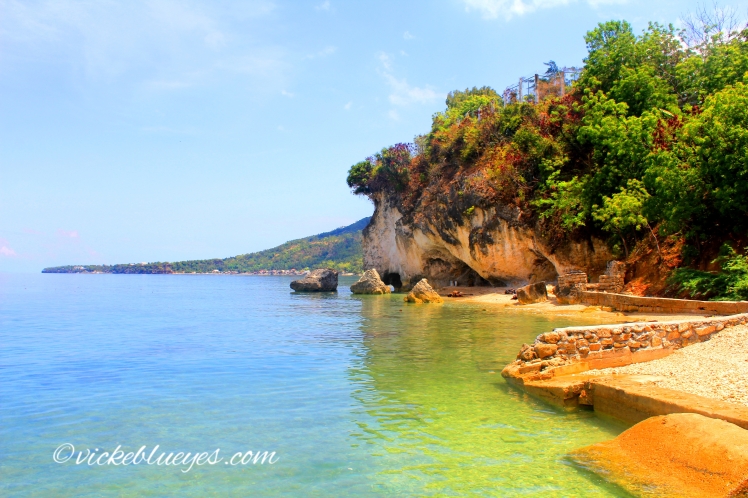 If you do manage to leave the premises, then head next door to a tiny but comfortable “Karaoke Bar“ in a bamboo box with a jukebox that plays all the essential hits to get everyone moving and shaking. The bar is run by a ever smiling 14 year old who is pretty decent at Karaoke (so let her have a go) and her magic master of a brother, Jeremy. Litres of beer are 80 pesos and a fun night can be easily had here. 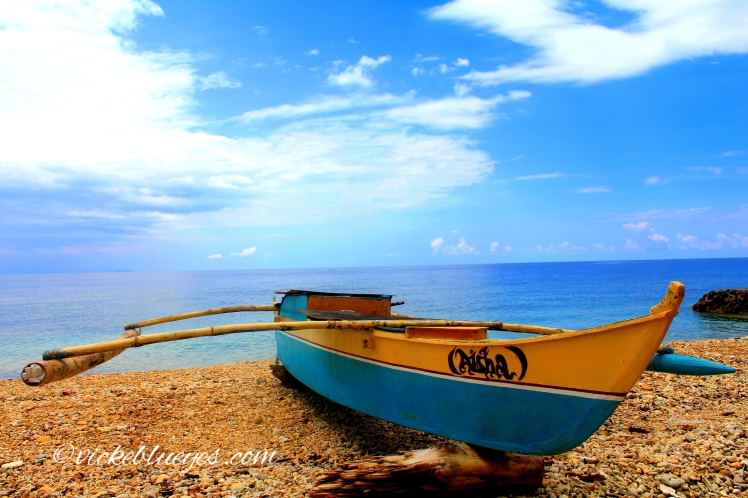 There are an abundance of gushing waterfalls nearby to explore, old rustic churches and snorkelling with whale sharks in Oslob. Told by a friend it was a magnificent experience (although a little wary about the unnatural process of feeding the sharks to make them come to this area so tourists will fork out large amounts of cash to swim with them) I went ahead and decided to do it anyway. From the hostel its a 20 pesos journey to Oslob and there are many dive retreats that offer snorkelling with them for 1 thousand pesos. A bit pricey for a broke backpacker, I recommend renting some snorkelling gear from the hostel and taking it with you and then heading to the shore (past JJ divers resort and Aarona) and swimming out to where the dozens of tourists are. 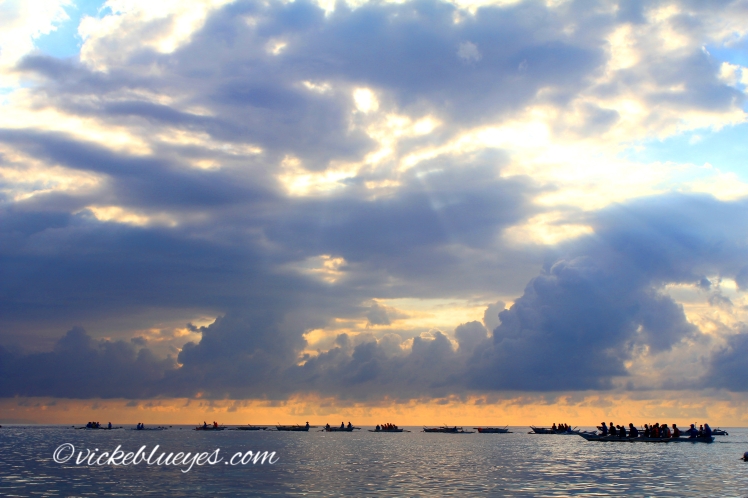 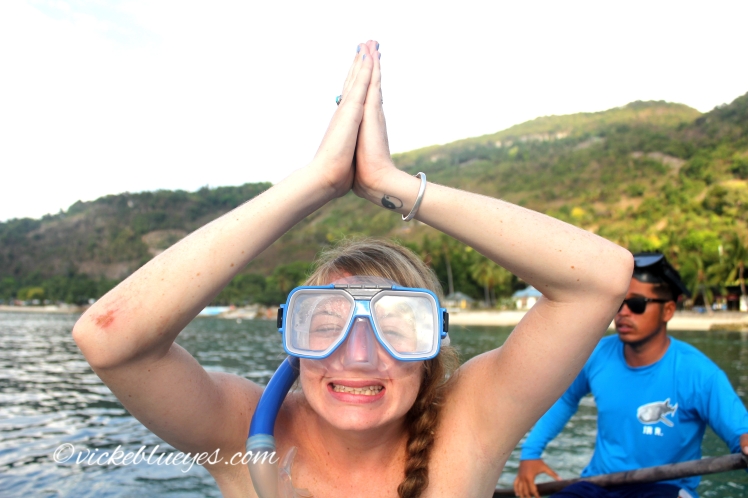 I’m not going to lie, seeing these gentle giants up close was truly breathtaking (hard to do the correct way underwater in a snorkel without choking on sea water). Being in such close proximity to be able to count their stars and stripes was beautiful. Shoals of fish surrounded them open mouthed, as if all singing high falsettos in an underwater opera. The sharks glided past, their eyes darting towards me, suspiciously sussing me out, their fins waving from side to side, their tails sassily swinging. I loved it, but then I felt uncomfortable. These creatures were so magnificent they did not deserve to be forced into an unnatural cycle for easy food, to be bumped by boats and jostled by tourists impatient to get underwater selfies with expensive cameras in front of a shark- ignoring its own liberties and path, for their own selfish wants. 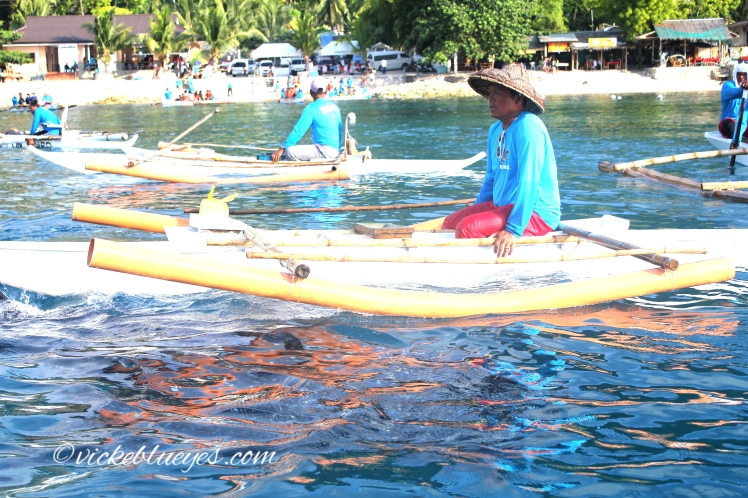 I had to get out of the water. I hated that I been a part of it, giving money to these tormentors. So I really recommend leaving these colossal creatures to their own habits and catching a glimpse of them at Donsol, or crossing your fingers in hope to see them when diving. The ocean and its underwater world need to be treated with the same care and respect as we would treat one another- its as beautiful and unique.

Other places to check out in Cebu is Moal Boal, a fantastic spot for diving and suntanning yourself although the accommodation is expensive and organised primarily for divers. There is only one hostel and it books out pretty quick in advance. Speaking to other backpackers about the city of Cebu, as I had actually managed to avoid it, I heard mixed reactions. The majority of responses were negative- people felt unsafe- especially in the downtown area, or were bored and thought of it as “another city in Asia”, or enjoyed it because they had a good hostel and met good people (which can happen even in the worst places you visit). If I were you, I’d use it as a stopover if if needs be- nothing more, as the real beauty of the Philippines is away from the cities and into the natural landscape.