Dumaguete provides a vital link for many to get from Boracay to Cebu, Negros to Cebu, Negros to Bohol or Negros to Siquijor Island. Although for many just a transport link (and indeed I was flying to Coron after a few days there), I wanted to see what the Lonely Planet had described as “the only town in the Philippines worth staying longer than a day”.

For a start, there are a number of colleges and universities meaning there is a great influx of young people milling about the place; in parks, shops or restaurants. This brings a fresh and hip atmosphere to the place, (however I would describe the city to be rather drab and dull). Young students play guitar at the long boulevard which welcomes ferry passengers, and adds a little depth to this dismal town. There are seemingly hundreds of eatery’s to choose from- although much food is of an Americanised style- mainly fried things. I craved salad and fruit so much, I had to get a tricycle to the Robinsons Mall– where many retailers and large food courts await you- to satisfy my health concerns. 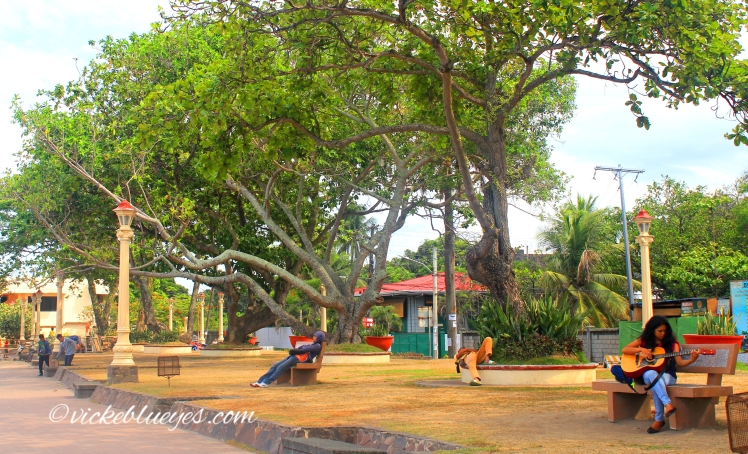 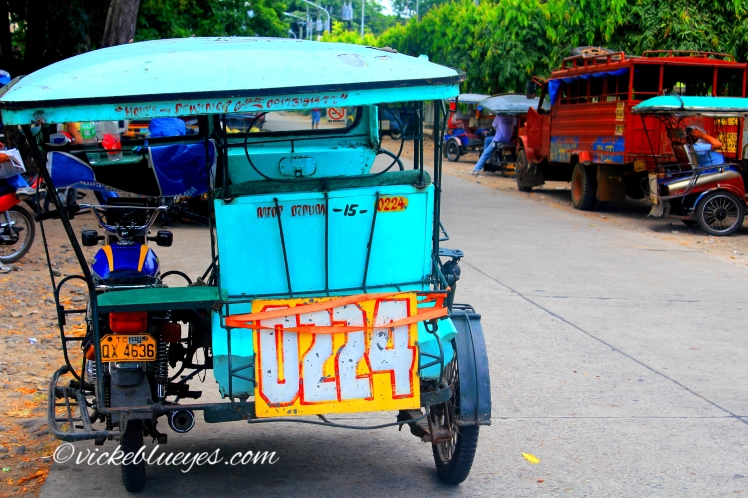 The city itself is ever flowing, ever going. Traffic ceases to stop moving in motion, young people are leaving and entering lectures and people get on with their everyday lives: buying, selling, trading, giving, receiving, doing- everything is happening. Being my second major city (after seeing glimpses of Manila before an early morning flight to Bohol) I wasn’t impressed. I like the tricycles that are bikes with side cars attached that invite more and more passengers to hop as the vehicle tilts to one side, or the jeepneys- which are large truck like vehicles decorated and designed with commandments from the bible, or pimped out with graffiti. But the city itself? Fast food joints stand ugly and impassive, conquering streets next to student bookshops and chain bakery stores.

I felt no individual unique flair of a city, not even anything aesthetically pleasing to the eye. I was told to walk along the boulevard by my hostel- but there was nothing but dredged mud, empty fishing boats and groups of locals all staring out to sea, aimlessly searching for something. 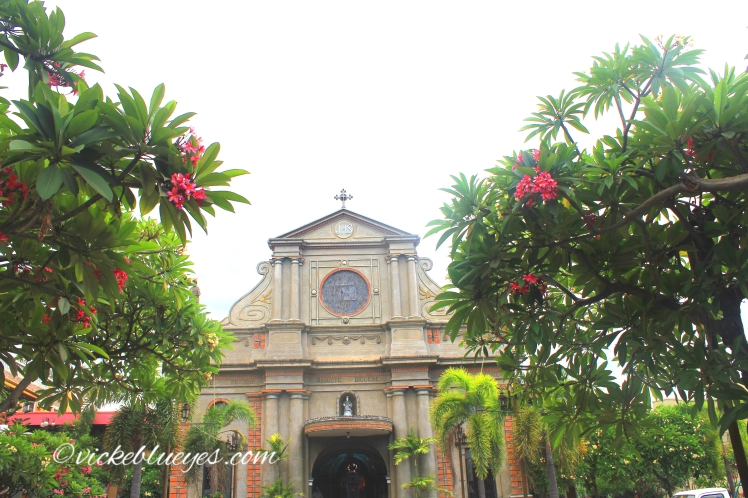 However, if you want to see real beauty in Dumaguete, you have to look outside of the city, to its natural surroundings. A visit to the twin lakes is a must, a 15 Peso jeepney ride, followed by a 150 habbal ride up (I bartered but I think you could get it at an even lower price than this), as well as a 100 Peso entrance fee, allows you to marvel at the incredible sight. The stillness of the water reflects the leafy forest that surrounds the lake. A smooth wavering shoulder of jungle separates each lake and on a clear day you can easily tell where one starts and the other begins. Rent a kayak and paddle to the waterfalls. Unfortunately I was there on a cloudy day (only cloudy once I got to the lakes) and the mist rolled in over the lake as if the setting of a Gothic novel, the fog acted as a pathetic fallacy of the moment and what horrors would come. Rain fell and thundered on for two hours, the rain acting as if the sun’s bipolar cousin creating a tantrum in the sky. After having an interesting discussion about the political history of the Philippines with a Californian, and seeing a break in the rain- I fled from the gloomy weather of the twin lakes.

Casaroro waterfalls is also a popular tourist attraction as it is a fantastic spot for swimming and is a magnificent trek. However, if you want a trek which is a bit more tough on your thighs, have a go at Mt. Talinis. The mountain is 2 thousand feet and the trek is split over 2 nights. Although not a strenuous trek because of its height, it still is a great trek to really stretch your legs, test your endurance and allows you to see much more of the landscape.

Apo Island is a popular reason why many visit Dumaguete, and is mainly for divers. Although the rocky island is not fit for sun worshippers, its provides great scope for underwater explorers. The world under the sea is truly spectacular. Colourful species of fish dart through small gaps of rock and large bushes of coral, playing hide and seek with their shadow. Starfishes cling to volcanic like structures and families of fish fend for themselves. If not an underwater person, spend a day sunbathing at Dawin beach, directly opposite the island. This beach is the nicest beach nearest Dumaguete and is a 20 peso and 20 minute bus ride from the city centre. Facing Apo Island you bathe on a quiet beach filled with private dive resorts and run your fingers through hot grey sand, as if ash from a nearby volcano.

In Dumaguete I stayed at Harolds Mansion. Originally it was a small, personal and individualistic hostel. Now unfortunately, the hostel is a concrete mansion, with worn down rooms having basic dorm beds and mouldy bathrooms. The top floor restaurant needs newer bathrooms (with new locks as I got locked in and my only option was to swingy precariously from the window- overlooking the city below and throw myself over a wall to get back on to the restaurant because no one heard my cries of help!! A death defying moment!) and a fresh lick of a paint, as well as the reception staff are useless about information in Dumaguete. However, for 250 pesos for an AC dorm, I wasn’t going to look anywhere else. Although if you have the finances, I would recommend you to do so.

In hindsight, I would skip visiting Dumaguete (have a look at my recommended itinerary).