“Mother Nature is a provider but in the blink of an eye, its gone.”- Orland O Daiz

Typhoon Yolanda was now over a year and a half ago, but for some it feels like it was only yesterday. Derelict buildings stand impassive and empty with gaping holes in the wall and missing letters from its sign, cars pile up neatly arranged like children’s building blocks, crushed and squashed as if they were done so by giants. Messages on walls from the disaster are left as a reminder to those who are unlikely to forget: S.O.S: We Need Food. Walking around these areas sends shivers down your spine. Areas where mass bodies were found, grass has now overgrown in large tufts and local families smile and laugh, having picnics and frolicking in the sea. The juxtaposition of past and present is chilling. There is no plaque here, yet those lost are surely not forgotten. 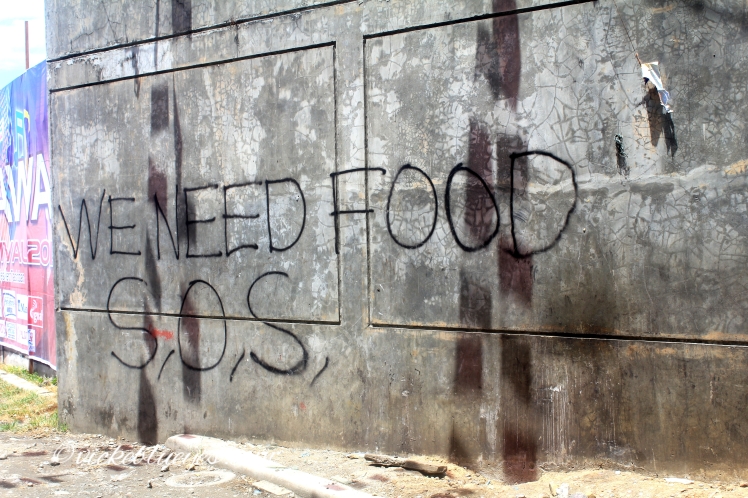 It was in November 2013, when the terrifying surge of a storm titled “Haiyan” or commonly known as “Yolanda”, swept over the Philippines encircling much of the country, primarily Tacloban, with its strength and power. Smashing though windows, destroying buildings and slaughtering all that stood in its wake, the people of Tacloban were left as if “rats” struggling to survive. The landscape had dramatically altered after winds were as high as 196 mph, turning the green lush mountains to “just brown-just brown”. Vilma E Tan, a resident of the Bliss community, speaks to me how she was trapped in her house because of a fallen tree, whilst her and her grandson had water “up to her neck”. Whilst Orland O Daiz, a local from Tacloban who has now moved to El Nido, nonchalantly states, “we had a house in Tacloban, no one knows where it is, it vanished”, only the strongest buildings survived in Tacloban, many smashed to smithereens. 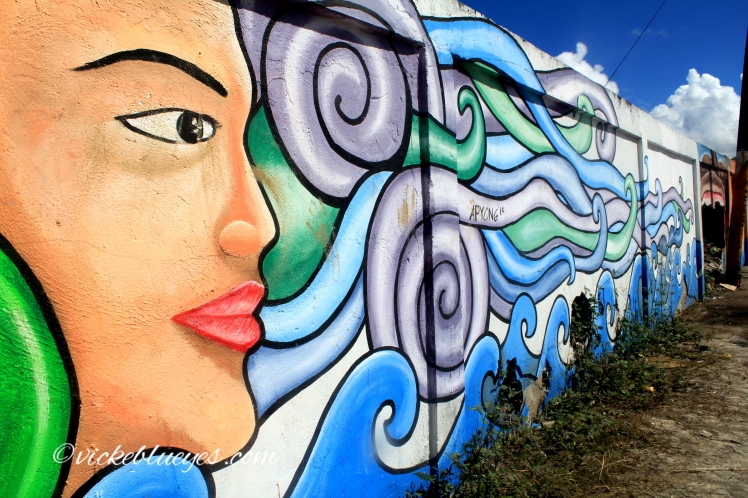 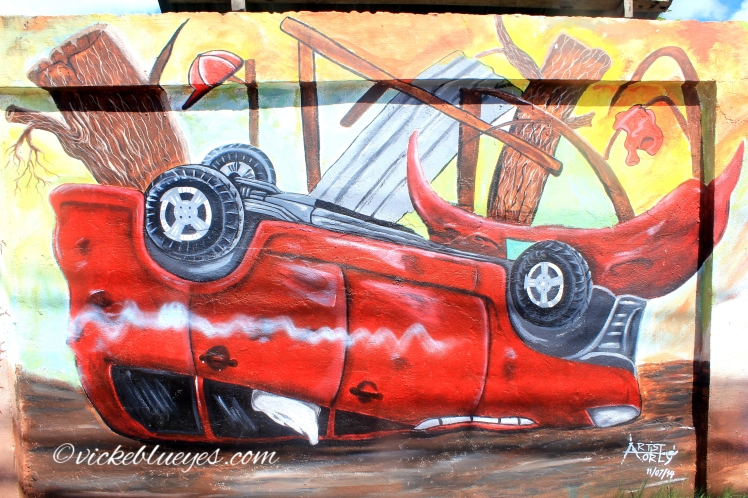 Losing homes, lives and resources, many thought it was God’s way of “punishing us”, as there was “chaos everywhere in Tacloban”. As JR declares to me, “the typhoon was scary, but what was most scary, was afterwards”. With no assistance from their own government due to feudal politics, and with death and destruction on ever corner, people became manic and terrifying. It was every man, woman and child for themselves as looting became necessary for survival. But who can blame them? What would you do when you had 5 mouths to feed in a horrific disaster with no provisions and no resources? The government declared martial law and the family members who temporarily became robbers and thieves, were shot dead no questions asked, as a bid to restore order. As provision from the USA flooded in, followed by the rest of the world, finally the people of Tacloban got the help that they so desperately needed to survive. The process of receiving donations at the time of Yolanda however, was made complex and “tasking” by certain legalities- meaning most donations going straight to the government’s pocket, which only further highlights how the community of Tacloban are resilient rebuilding themselves, as “not even the strongest typhoon could bend the strongest people”. 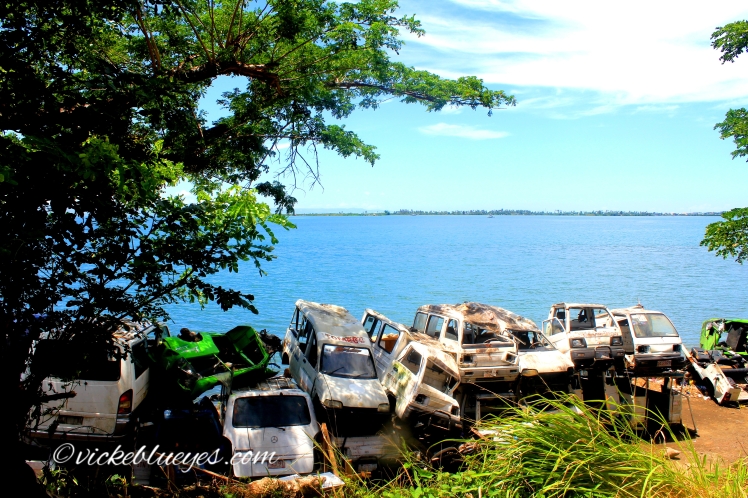 And so, over time, the community of Tacloban has managed to rebuild themselves, slowly but surely, and are “grateful to all those that came to help”. As people restore their lives, remnants still remain. Vilma still has “a tent from the sea on top of my roof” and mothers in the community still state their child as “missing” rather than deceased, clutching on in hope for their return. Although the city is majorly rebuilt and new spruced up shopping malls dominate the town centre, the UN states that 11 million people were affected from the typhoon, and some still are today. Food and water still is a privilege, rather than a promise and many still struggle from the emotional and physical damage of Yolanda. Tacloban and many other areas affected by the Typhoon still need the support from sponsors and donations, volunteers both international and national- whether the help is small or large, it will make a difference. Here in Bliss, the community relies on the flow of volunteers for the social welfare of the people of the community; either providing financial support through an income or food, building schools and homes, or furthering a child’s education. Change is still being made and it is a continuous process which still needs your help.

All Quotes are from Vilma E Tan, Orland O Daiz, Aleth Arvin P. Young and Helena Claire A. Canayong both from VFV.