Puerto Princesa is a good place to create a base for yourself whilst exploring neighbouring areas of Palawan by bike, or a good stopover for a flight. There are little attractions in the city itself- the tourist information center recommends a souvenir shop as a tourist attraction. It is however, the cleanest, greenest and safest city in the Philippines, voted by the public and looked after by the government. Try spend most of your time exploring the unspoilt beaches, the surrounding natural sights and the friendly island vibe Palawan has to offer.

Port Barton is known for its white sandy beaches, pristine and perfect, untouched by tourists- so head here for a calm atmosphere and comfortable spot of tanning. Whilst in Puerto Princessa, you must visit the underground river in Sabang, which has recently acquired the new title of one of the “new 7 wonders of the world”. It has grown in popularity over the last two years, with 9 flights a day to Puerto Princesa now reaching 25, as well as mass cruise ships stopping over for international tourists to visit Sabang. 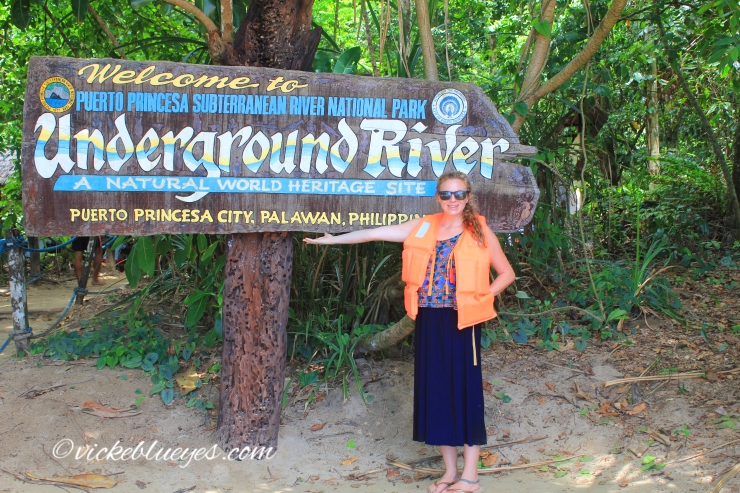 Although seemingly shuttled like cattle two and fro from the site, it is worth the visit. Tourists flock from all over the world to see the diverse wildlife, beautiful white sand beaches and unspoiled natural beauty that makes this the Philippines premier eco-tourism destination. The park is a protected area and is filled with intrinsic natural elements which led by the river, have shaped the inner makings of the cave over time. Stalagmites and stalactites hang from the weathered rocks resembling sacred profiles and phallic symbols which amuse and entertain visitors, whilst bats swoop dangerously low. Swallows rest in their humble nests and water snakes and eels slide through the water as you float along the river. The complex cave system is of a spectacular karst limestone landscape and new discoveries of minerals have been made throughout the caves which add even further to its scientific value.

Boats are restricted in their accessibility, just reaching up to 4.3 km, which makes the underground river the longest navigable underground river in the world. Reaching 4.3 km, visitor’s experience one of the largest cave rooms in the world, illustrating the natural phenomenon and beauty to all whom visit here. The trip is short and leaves you wanting more. The park has a vibrant eco system and is a habitat for biodiversity conversation. An abundance of wildlife lives here; with over 165 species of bird visiting the park, as well as 30 mammal species- such as the Palawan stink badger and the sea cow. Visitors can further immerse themselves with nature by trekking to the Sabang River, rewarding their triumphs with outstanding personal experiences with nature and an athletic jungle adventure.   If wanting to experience more of the forestry that surrounds the river through a cultural viewpoint, a community based sustainable eco-tourism project of a mangrove forest tour is readily available for visitors. The tour allows visitors to observe the ancient sight of a mangrove forest and evaluate the existence of an eco-system with no human intervention, as well as planting personal mangrove trees to aid the project and growth of the forest. The standard price for this tour is 1,500 Pesos- including a buffet for lunch and the journey to and from Puerto. 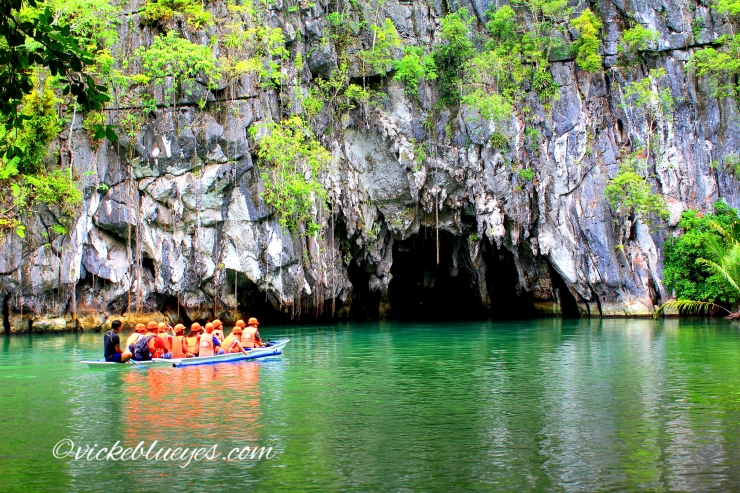 Other recommended things to do around Puerto are, taking a day out to Honda Bay to see the beautiful beach and relax, as well as take the opportunity to see thousands of fire fly’s due to the clean and unpolluted environment which Palawan has.

Places to eat in Puerto are: Itoys Coffee Shop, which has a number of options for coffee lovers to replenish your thirst, as well as this, they serve western and Filipino dishes at affordable prices. Opposite is Balinsasayaws (a mouthful I know), which is a restaurant popular with the locals because of its cheap specials and tasty dishes. I recommend the Pork Liempo.

Throughout my time in Puerto, (as my stay was much longer than anticipated here), I stayed in JLC Hostel. Walking distance from the main street, Rizal Avenue, made this an easy choice for me, although when I was here- no one was at the hostel. Known for being a quiet basic hostel, fan rooms are 400 pesos and are standard backpacker fitting for your needs. (A bit of a down grade from the resorts I had been staying in Palawan, but back to reality now!)

A word of advice, if wanting to book long distance ferries, do a fair way in advance and in person. Boats to Manila via 2GO go once a week on a Sunday, whilst Marguisa Shipping Company go more often, but head to Iliolio and do not travel on a Saturday. I initially wanted to take the 55 hour ferry to Boracay for 1,300 pesos, however the ferry I wanted on the particular date only had economy tickets left, which is getting a bed in the basement of the ship with no fan and with 230 other people. I did think about it for a moment, and then I thought of sleeper class trains in India and staying on one of those for more than 2 days. I booked an expensive flight.