A must visit whilst in Yogyakarta is Borobudur. Known as the “centre of the earth” and being one of the most beautiful temple complexes in South East Asia, as well as one of the most important Buddhist sights in the world, it makes my list of top three temples. Made out of grey pumice like stone, each piece of rock has been placed perfectly in coordination to its original structure. Reconstruction has taken place, to restore this wondrous monument to its former glory, after a volcano eruption occurred destroying much of its structure. 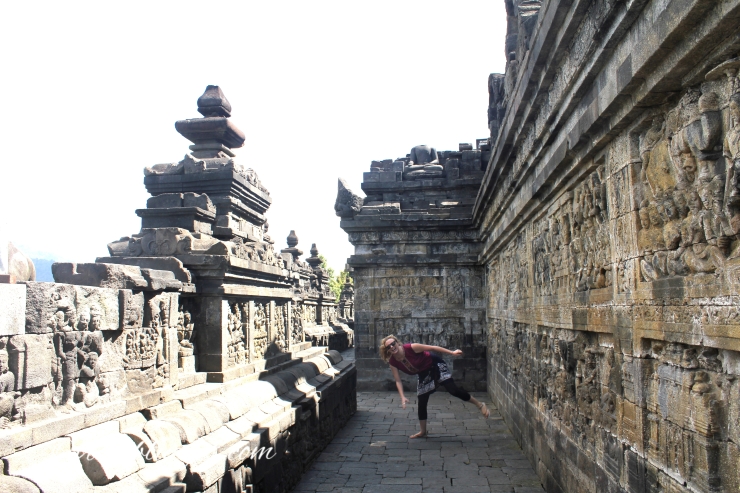 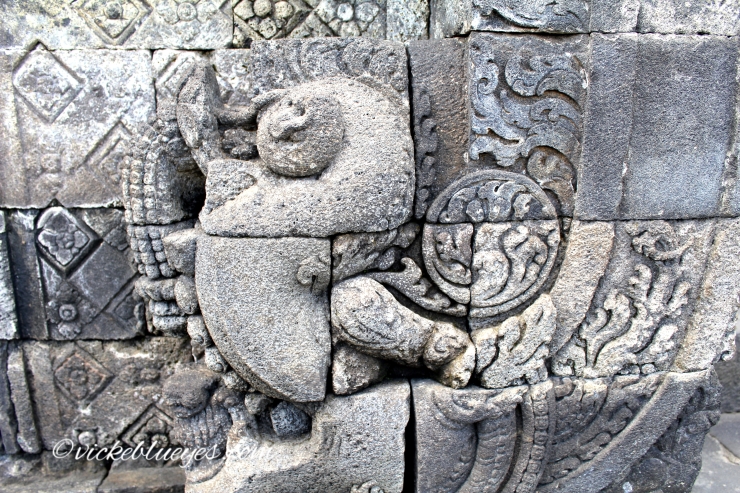 Wandering around the stupa- clockwise to follow the Buddhist tradition and beliefs, you see detailed and intricate carvings in the rock, in a number of different types of figures from gargoyle style shaped heads to dutiful Buddha statues. The higher you climb to, the more levels and intricate work there is. Reaching the top you are greeted with an enormous stone stupa that dominates the scene, surrounded by smaller stupas with lattice designed granite, reminiscent of bells one might have at Christmas time. Inside each stone bell, is a statue of Buddha meditating. Try find one with his head intact- its quite difficult due to the eruption.

The temple itself is memorising, but the panorama landscape is spectacular, and is aptly titled, ‘the garden of Java’. Valleys, mountains and volcanoes line the horizon, with towns clustered between. Many different types of green smother each type of foliage that stands lofty in front of you and amongst the view. Walk over to Dagi Hill where you can easily spend a few hours sitting below pine trees- unusual to Indonesia, that stand high and proud, swinging in the wind. From here you can see how Thomas Stamford Raffles discovered Borobudur. A stone temple stacked up to the sky surrounded by a memorising landscape, one would think it is a scene out of Indiana Jones, and puts in perspective how awe struck Raffles must have felt when discovering it. 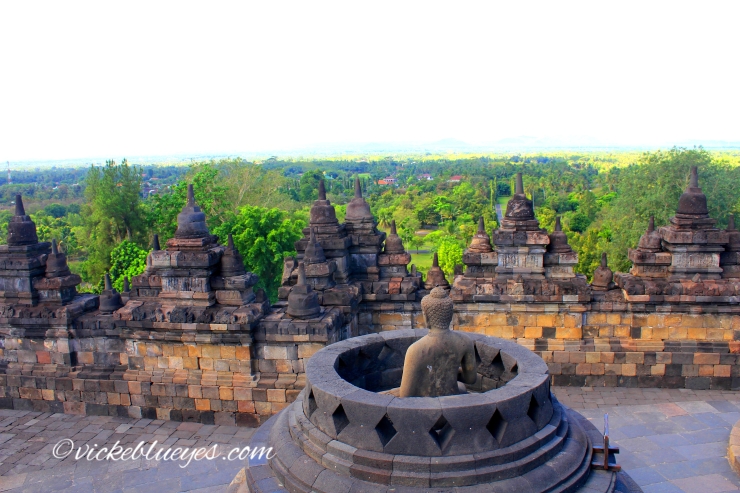 Being budget backpackers we made our own way to Borodubur, searching for a cheaper alternative rather than the tours advertised. Catching a bus from the center of town to the bus terminal Jampur, and then switching to another bus that led to Borodubur, meant the journey was a long 4 and a half hours, that cost us for the return journey- 58 thousand Rupiah each. Arriving at Borodubur we were told to pay the international tourists fee, a very expensive 250 thousand fee. Given a bottle of water, let in through the VIP entrance and making use of sparkling toilets, we could see where our money went. However, in total, we realized that going on a tour would be cheaper than what we we paid as tours are advertised at 300 thousand rupiah. Taking a tour would have also meant more of a direct journey.

The sight itself was a relatively empty due to it being a weekday and in the holy month of Ramadan. However, if planning to go, I’ve been told sunrise at Borodubur is phenomenal- although quite a busy time to visit, it is the most picturesque.