Hong Kong is known for being a hectic financial sphere of 7 million people. Images of a bustling port; glistening buildings, large shopping malls, towering skyscrapers- that compete in height like preschoolers, signs over more signs over more signs, shops overflowing with traditional Chinese medicine kept in sterile jars, as well as a juxtaposition of old traditional temples and modern international artists, creates Hong Kong: the oriental pearl with a dash of British influence. Hong Kong is its own independent state, separate from mainland china in both mindset and culture. Although people in Hong Kong are proud of their Chinese heritage roots, they are even more proud to live in a country with autonomy and a successful business empire because of this (Hong Kong has the fourth largest financial centre in the world).

Although most people think of Hong Kong as a concrete jungle (and a glossy upmarket one at that), it’s not. In fact the country is 70 percent countryside, and with Hong Kong’s quick and easy access public transport, you can be efficiently whizzed out of central Hong Kong to other areas of the country where you can hike, camp, fish and mountain bike in no time at all. Lantau Island is as twice as big as Hong Kong and is a haven for one of natures wonders: Chinese White Dolphins. Catch glimpses of them off Tung Chung whilst wandering through wild countryside, hidden beaches, authentic monasteries and fishing villages that watch you curiously. 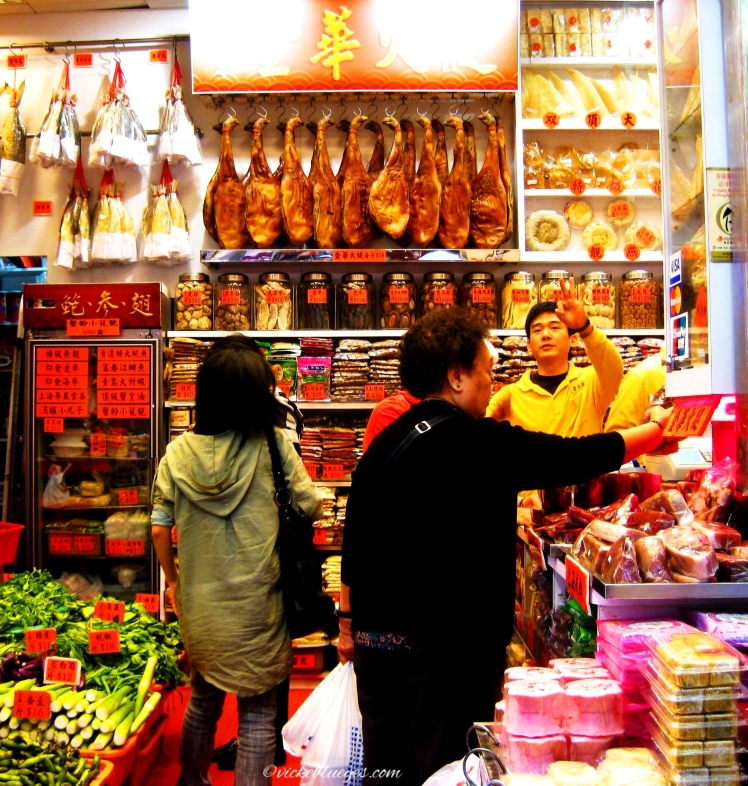 When I went to visit Hong Kong, I stayed with a friend who was from the country on Tung Lo Wan Road, and she immediately became my tour guide. She thrust me into Hong Kong city life with ease, hopping onto Metros with an “Octopus” card, and gliding through districts and neighbourhoods to areas like the Stanley Promenade. Here, you can wander along the waterfront and see tourist markets nestle next to ornate temples, like the Tin Hau Temple, and the stunning botanical gardens in Hong Kong Park. The gardens are a perfect escape from the hustle and bustle of the city, and the screaming traffic and pollution that comes from it. It acts as an oasis of order and reflection in a manic and hectic city, where fountains of water flow and gardens are trimmed to perfection. In this garden, step into the traditional tea house of Lock Cha Tea House where if you stop for a “tea break”, you follow an authentic quirk of the local’s culture. Originally a British custom, this has now been adapted into the Chinese way of life, with an array of potent teas and herbal healthy teas, served with the original creations of egg tarts. 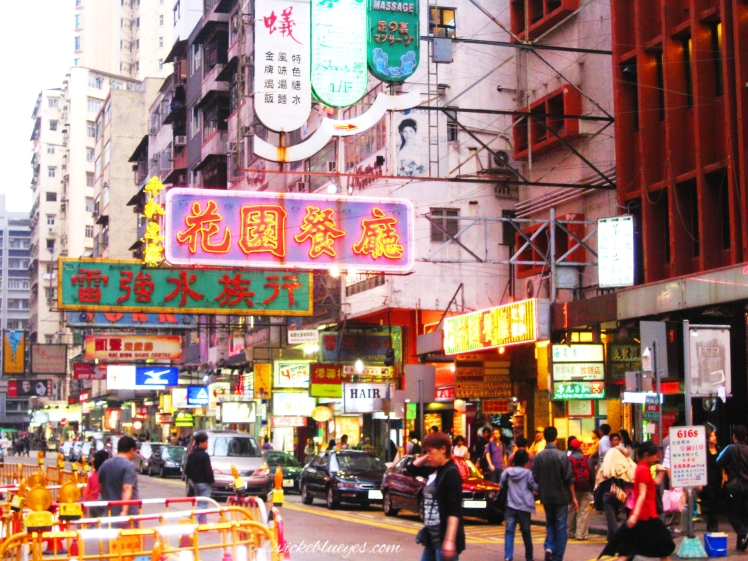 I do recommend heading to the viewpoint Victoria Peak. You are taken up by tram to the top at 552 metres and you are rewarded with an incredible view over Hong Kong’s sweeping cityscape. Come here in the day and take a short but pleasurable hike, or at night where the city below you lightens up like a sea of stars. The night market at Temple Street is a interesting and entertaining evening where everything from new hip fashion items to poor fish swimming in plastic bags are sold. Meander through small alleyways, large sweeping markets and tiny dazzling stores to find your perfect buy.

If needing to escape the clutches of the smog and the frantic energy of the city, head to Ocean Park, a theme park and an aquarium filled with fun rides and entertainment to keep you easily amused for hours. If not, head to one of Hong Kong’s many city beaches: Shek O, was where we went after a rather long and tiresome bus ride. The beach is nice, but beaches are best in the Northern Territories, where nature is at its finest.

Take a ferry across to Kowloon, where you can catch a glimpse of the skyline of Hong Kong over the choppy seas. Kowloon is famous for its enormous shopping malls and plazas in the Mong Kok district, they seem to go on for eternity, rows and rows of consumerism and materialism all envied and admired. Kowloon is one of the most densely populated areas in the world, so don’t spend long here, it can become claustrophobic.

Being in Asia’s culinary capital, I am ashamed to say, that for one meal we ate at McDonalds. Yes McDonalds, that big global chain that glorifies cheap tasting food with a large golden arch. However, before you tut with distaste, I had the most interesting meal I have ever had in this McDonalds. Their chips were called “Shake Shake Fries”, where you would pile all your chips into a brown paper bag, pour a tasty flavoured powder over them and proceed to shake them. The flavours ranged from Sweet and Sour to even, Seaweed. Even the McDonalds in China is unusual.

I did eat more authentic dishes than this, believe me. As this city is home to a range of cuisines such as: Cantonese; Shanghainese, Vietnamese, Japanese and European, there is much choice in dining, from hawker street stalls to international Michelin star restaurants. Traditional dishes in Hong Kong are those you can find on the menu in your Chinese restaurants at home, tasty Dim Sum that literally translates into: “to touch your heart”, and are served any time of the day, and can be filled with pretty much anything. Another signature dish is roast duck or chicken which is roasted over an open fire. It tastes heavenly on the palette and is loved by all. I also tried fried duck tongue (trying to not eat the bone was a night mare) and fish eye (I found the fish eye in my meal and was told I had to eat it as it was “good luck”), which both are as tasty as they sound, believe me.

We spent a night drinking in Lan Kwai Fong, both under age at the time, although they didn’t question me due to to the rarity of western women going for a drink in that area, although I am sure security is a little more tight nowadays. It is an area where a cluster of bars and restaurants line side by side, filled to the brim with over stressed business men and jolly expats, looking for a release in a quick, but expensive drink.