San Francisco is the commercial, cultural and financial centre of California. If LA and San Francisco would be siblings, LA would be the child who was the over achiever, the goal setter, the one who received top marks at college and had a high flying career quickly. San Francisco, would more likely get average grades but take on numerous extra curricular activities, constantly travel, meet new people and share ideas. This sibling would enjoy the steps of life rather than the outcome.

If you don’t understand my odd metaphor, then San Francisco is a liberal laid back city; where east meets west, cables cars cross hybrid neighbourhoods and famous red bridges are smothered in summer fog. San Francisco is a happening place, where liberal activism plays an integral role in creating a stir in the air that influences and inspires many modern writers and poets. An artistic flair is blended into the monotonous financial district and even the most sombre buildings are just around the corner from a heel tappin hip shakin venue. San Francisco is the centrepiece of the bay area, surrounded by scenic beauty and filled with world famous sights, there is no surprise a visit here is on everyone’s wishlist.

I visited here when I was 17 on a family vacation, and although under the legal limit, there is much to see and do in San Francisco and whoever you come with, make sure to make the most of it.

Ride a bus, cycle, or even walk across the magnificent Golden Gate Bridge, the trademark of San Francisco. The bridge is famous for claiming the title of the “longest suspension bridge main span in the world,”  however tourists flock to this sight not only because of the sheer size of it, but because it is one of the most beautiful and photographed bridges in the world. However you get across it, do so, it surely is not a sight to miss.

Alcatraz is another sight which is on every tourist’s itinerary. The former military and federal prison, housed a few hundred various types of offender. The prison was put in place for maximum security of the offenders, strict obedience and discipline were two vital cogs in the turning wheel of success. However, the prison was costly and environmental concerns arose because of the position of the prison. So, removing the offenders, the government declared the sight to be a National Historic Landmark, and due to the influx of tourists that visit every year to walk through its empty walls and stare into the cells, there is an abundance of bird and marine life that live around the island. A boat trip can be easily arranged to Alcatraz, or even just around the island.

An easy place to book a boat trip is from Pier 39, a tourist haven filled with masses of entertainment to brain boggle any visitor. I wouldn’t recommend staying long here, it mainly is a large shopping mall and the city has much more flair, sophistication, and style embedded into its sights and streets, rather than this area. Spend some time watching the boisterous sea lions fight for attention and bask their thick skin in the sunshine, or dine on a messy and delicious crab at one of it’s many restaurants.

The Cable Car’s in San Francisco are the world’s last manually operated cable car system, which encourages the vast worldly tourists to go on, what will be, the last manual cable car ride of their life. All 7 million tourists. Crowds start ridiculously early, with eager tourists wanting to experience the short lived 20 minutes of viewing famous historical landmarks- all from a historical and cultural sight itself. If you are one of these desperate tourists, plan your day around this sight and admire the street performers and preachers that entertain you whilst you queue. When we went, my dad took one look at the queue and stated “no”. And to be honest, I don’t blame him. You don’t need to see San Francisco through the perspective of being squashed in a cable car as if in a chicken’s coop, (and if an avid lover of cable car’s head over to the San Francisco Cable Car Museum). Voted as one of the most “walk able cities in the USA”, San Francisco is a pleasure to stroll around and get intimate with places, people and neighbourhoods.

Start your adventure from Union Square, where a swarm of shopping malls, boutique districts and high end restaurants, rub shoulders next to mass financial districts and towering skyscrapers. It is the centre of shopping and art in the city and whilst here, check out the Museum of Modern Art, which holds an impressive and infamous collection of recognisable art from the 20th century. Other neighbourhoods that you should explore are; the area of Chinatown to North Beach, where not only can you eat fine Chinese cuisine and Italian in the space of ten minutes of each other, but also be rewarded of panoramic views of San Francisco Bay from the Coit Tower. The Haight neighbourhood acts as reminder of the liberalism and equality that San Francisco values in this bohemian neighbourhood and Castro Eureka Valley is the cultural centre of the city’s LGBTQ community. Jazz and opera can be found in the neighbourhood of Civic Center-Tenderloin, and night life in San Francisco really kicks off in Mission-Bernal Heights.

Music and Theatre are detrimental aspects of San Francisco’s culture and to the locals that live here. You can find them catching a show at Broadway, watching live jazz, rock or folk, or embracing a cultural, historical or LBQT event with open arms and pride. After dark there is a little something for everyone; you can get grimy with the big diverse underground music scene, sip cocktails in saloon revivals, practise salsa in a Cuban bar or dance the night away at a popular commercial club, where everyone and anyone merges together. A hybrid of communities, personalities and beaming smiles, that under the romantic venue lighting and smoky atmosphere, everyone is a San Franciscan.

If I was the legal drinking limit at the time of visiting, I would have definitely headed to Smuggler’s Cove, a pirate themed bar with over 400 different rums. However, there is much scope and variation to choose from so take a look on Time Out to help narrow down your choices. 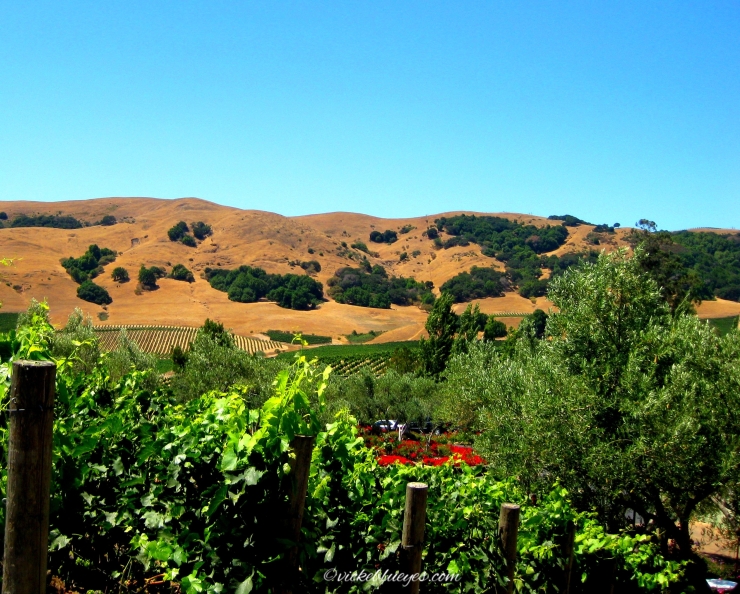