Brixton is known to be a real gem for live music venues, where artists from all different genres can play to an eclectic and diverse audience who appreciate a high calibre of unique music. Brixton Jamm has been an intrinsic aspect of South London nightlife for some time, gaining a valuable and loyal following that few other venues obtain. Which was then no surprise, that Brixton Jamm would host the event Jungle X Garage Sound Splash.

Jungle is a genre of electronic music that emerged during the rave days, in producer’s dark basements and grubby warehouse floors.  Stemming from the fast tempo basslines and break beats that are coherently found in a number of drum n bass artists, Jungle incorporates the classic Jamaican/Caribbean sound system culture into the rhythm, which is so inherent in South London. Brixton Jamm paid homage to this genre by hosting such impressive pioneers of Jungle at the event: Uncle Dugs, the Ragga Twins and General Levy. 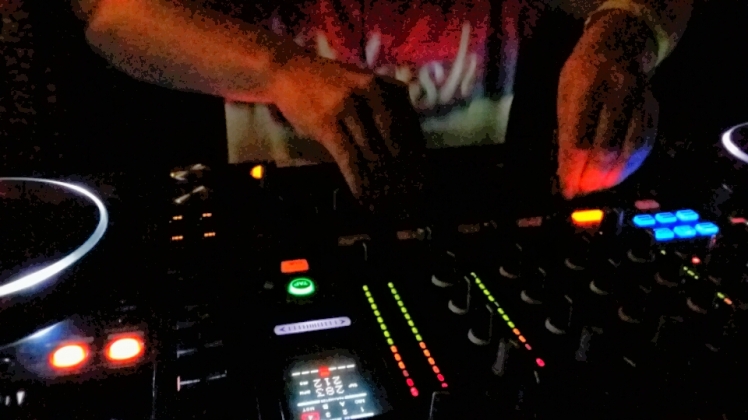 Garage emerged in the early 90s, where American House DJ Todd Edwards began to remix soulful house tracks with more time shifts and samples, creating a new experimentation with music. All it took was DJ EZ dropping one of his tracks with a sped up tempo in a London venue and Garage was born. With the emergence of sub genres like grime and UK Funky, Garage is an umbrella term for a wide variety of music. Garage music is known for its fast beats, its catchy vocals and an MC that pumps up the crowd. Although the Garage section at Sound Splash hosted DJ’s MC CKP (the first MC to bring “Olie, Olie, Olie!” to the scene) Junior Buzz and No Faking, the real star of the show was the Jungle stage where General Levy played his mega hits like “Incredible” and “Monkey Man” to the sweaty shaking mass that joined together in unison to celebrate the rhythmic beats of Jungle. Boy was it messy, but so good.

Brixton Jamm provided an unforgettable night highlighting two incredible genres that are as diverse as each other, although hands down Jungle for me, won. But what genre would win for you? Have you attended a music event that has hosted more than one genre and have you spent more time in one rather than the other? Let me know by commenting below.