After a shaky and delayed flight from Norwegian Air (including the aeroplane turning around to Oslo after a technical fault and us passengers having to change planes) we finally arrived in Tromso, bleary eyed and crabby. Whilst the friendly and upbeat taxi driver pointed out the markings of the marathon we were due to run a few days later, I began to feel nerves tingle my senses. Although it was 3:30am, I suddenly felt bright and awake. It’s amazing what fear can do to you. 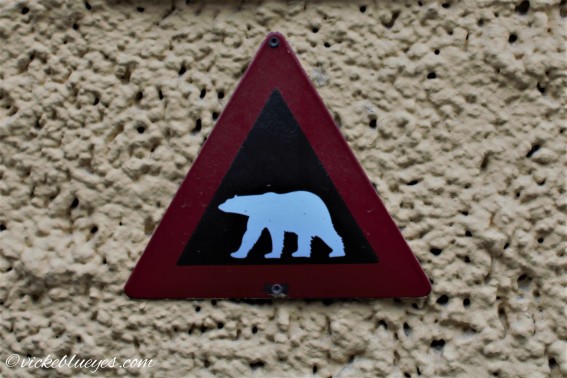 After a late, (or should I say early?) check in from the chatty receptionist at Viking Hotel, we finally made it to our rented apartments at City Living. Dumping our belongings and flopping onto the beds out of sheer exhaustion, we spent our first night/morning adjusting to this bizarre sensation of the Midnight Sun. It is so strange to arrive in light, although it being so late into the night. During our stay in Tromso, it was difficult to distinguish when day was and when was night, which played a real havoc on our sleep patterns and body clocks! 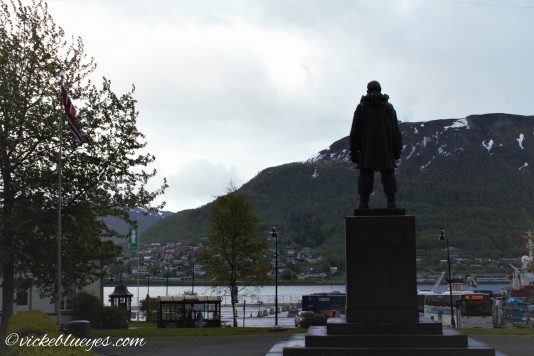 Tromso is a small town which is catered for mass tourism, and the influx of international tourists whom visit this somewhat sleepy town for either the Midnight Sun Marathon, or to catch a glimpse of the Northern Lights in the winter period, has changed the town dramatically. Speaking to a British expat, she told us that life in the winter months is pitch black darkness, bar four hours, when the sky turns an inky blue colour. I can’t imagine what everyday life must be like in total darkness, even if there are streetlights and a regular routine is established, I would feel as if a creature coming out from under ground, burrowing to and fro.

Just off the main street of Tromso there is a bustling port, filled with leaking and squeaking local fisherman’s boats nestled next to towering cruise liners which are quite the eye sore. In the distance you can catch a glimpse of the snow-capped mountain peaks arching out of the swirling crowds, reminding visitors of the stunning natural scenes around the settled town life.  In the town itself, there is a collision of local life; cheap eats and hidden quirky bars and independent cafes, wrestling with the impact of tourism on this town, expensive chain restaurants, luxurious hotels and tourist shops in abundance. Coming to the town at peak season, the sheer volume of visitors steadily increased by the day, as the Midnight Sun Marathon drew closer and closer.

So what is there to do in this sleepy town? There is much debate on the tourist activities and interests on websites like Tripadvisor and so my boyfriend and I went and explored what we found interesting. Walking to Telegrafbukta beach was a wonderful thing to do, the path is straightforward and easy to follow and you are rewarded by stunning scenic views of the sweeping landscape, where the vast sea couples with the jagged rocks that bed the coastline. Boats bob in the sea to their own rhythm and you can spot various other islands in the distance with a few lonely houses scattered in the distance. It’s easy to walk back or catch a local bus to rest your weary feet. 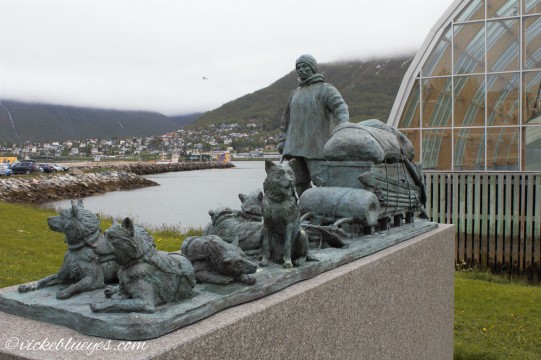 We also explored the Polarian Museum, which has mixed reviews. I personally loved the museum which highlighted aspects of life under the sea that we as humans, are unaware of. The exhibits are interesting and diverse, allowing visitors to stroke various molluscs and learn what must be done to help save endangered habitats. The information is a real eye opener and they host two wonderful films of the Northern Lights and animal life on Svalbard every half an hour, showing stunning scenes of natural beauty and snapshots of unique animals in their element. As well as this, the museum has two seal feeding and training sessions, which highlight the intellect behind a number of seals that live there. We are just mere bystanders at their training session which happens throughout the day, even before and after the museum has shut for visitors. 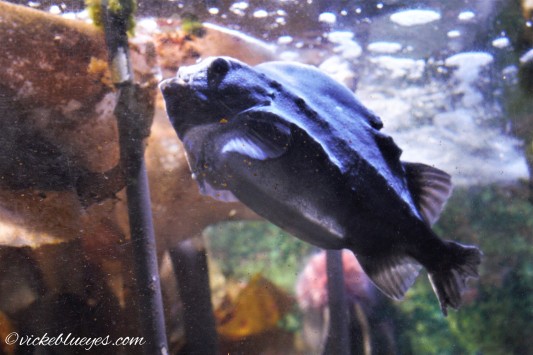 The Arctic Cathedral, the most northern Cathedral in the world, is worth a visit too. A short walk away (over the steepest bridge of mankind) or a quick bus ride of 50 NOK, the Artic Cathedral is an unusual shaped building which holds a magnificent display of stained glass windows. Come and enter the peace and quiet to reflect on the beauty behind such an architectural masterpiece. 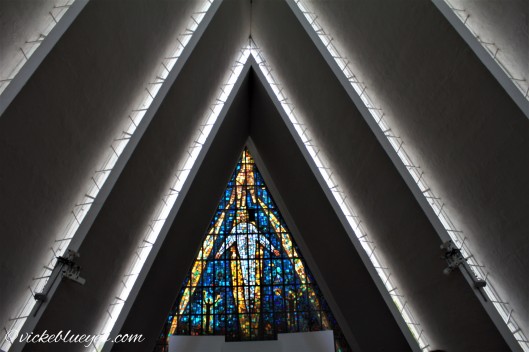 Near to the cathedral is the Cable Car, a 170 NOK journey to the top of the mountain and back means you are able to visualize Tromso in its entirety and the surrounding picturesque views of gigantic mountains which dominate your view. Peering below at the town and its neighbourhoods that surround the city centre, we could see the route which we were due to run later that evening, a thrilling prospect. If you would like to save money, or aren’t planning on running a marathon after doing so, it is possible to hike up the mountain. There are many hiking trails that vary in accessibility and ease which allow you to reach the top of the mountain in your own time. Just be careful when heading back to Tromso that you wait on the opposite side of the road to catch a bus back into town, unlike us who ended up on an hour journey into some long lost neighbourhoods until we began to head back into town! 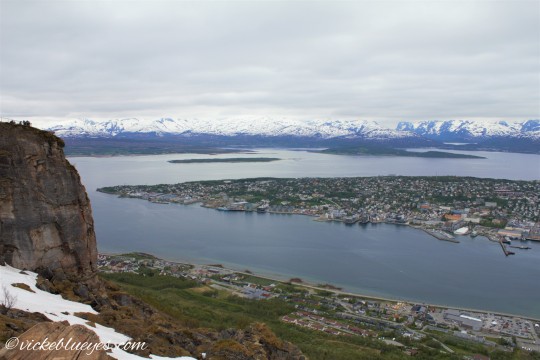 The sights in Tromso can be done quite cheaply, if you decide to walk places and stay within the local area, although a small and sleepy town, we did manage to entertain ourselves for the time we were there. Staying in rented apartments we were able to save money cooking for ourselves, shopping at the local cheap supermarket of Renate was beneficial in that aspect. However when we did eat out, Circa had fabulous pizzas for a cheap 70 NOK, Kaia Bar had lovely salmon and other main meals specifically catered for tourists in the 250 NOK area and Bla Rock Bar had delicious burgers from 125 NOK.

Bla Rock Bar is filled with punk memorabilia, where even a drum kit hangs upside down on the ceiling, which oozes character and individuality. We caught a free gig whilst we were there, a local girls band which was nice to see, although be wary the beers are as expensive as the burgers! If you want to find unique bars, Tromso is filled with many, as the Norwegians here love to party- you just need to know where to look. We also bought 100 NOK beers from Mack’s Brewery, a local brewery that sells a number of local beers and ales to quench your thirst.  I recommend Arctic Beer if you like a light lager.

And finally my thoughts on the Midnight Sun Marathon? As a new runner (and an injured one at the time of running), I would recommend those who are new to marathons, not to run this marathon. The run is filled with seasoned runners and with a set time limit to the event, it means that the pressure is on for you to complete the run in a certain amount of time; otherwise you are disqualified, which could mean you giving it your all and completing the entire event with nothing to show for it. The scenery is beyond stunning (when the weather picks up which is very little of the time as we are in the Arctic Circle) but as you are running away from the city centre, there are very little crowds to help support and push you on. In fact the only people who you are bound to see every mile, is a steward of the event. With chilling temperatures and a non-existent crowd (as well as the steepest bridge of mankind) it makes it quite a challenge for a new runner. The finale of the run, the climax of your dedication, persistence and hardwork, is defined by the finishing line right on the main street of Tromso, and as you are running through the night, you complete your run surrounded by drunken revellers enjoying their Saturday night with little support for the runners. Although beautiful, I would advise only seasoned marathon runners to choose this destination to run.