When telling others of my urge to travel to Myanmar, I received horrified looks, firstly for my safety, and secondly if I had any moral fibre within my body- why would I want to visit a country where rape, murder and brutality are more common than I cared to admit? Why would I dare to turn a blind eye and continue with my trip to Myanmar, ignoring the fact that a mass genocide is happening? Why would I ignore the fact that blood is being spilt on the same ground as the very same tea plantations I would hike up?

Honestly, I did feel quite the hypocrite.

Although, as I began to lose myself in the beauty of the country I realised that Myanmar is different to what I had perceived, or had been thought to perceive. The fear mongering news pin pointed one issue that the country has had for a number of years and focused on it until there is no other vision of Myanmar to see, a real trait for many journalists.

I am no expert in the historical and political situations of Myanmar, I only know the basic facts like any other visitor of Myanmar, but I do know how the racial segregation and injustice has been embedded within the Myanmar people and their society for many years and where attacks on either side have developed murdering each other, and no one is truly innocent. The locals that are brave enough to talk it about with me, shake their heads and remark on how awful it is, some reply in bewilderment as they realise that the local media has hidden vast amounts of reality from their own eyes, and others highlight just how many problems Myanmar has, and this is only one of them. Many are unaware of the fortitude in which the foreign media has propelled the racial segregation and hatred, they are unaware of the mass genocide that the government and military are forcing the Myanmar country to adopt, and they are unaware of how their underlying problems that have been in their country for decades, have now become the whole world’s concerns.

I myself, have seen the authoritative presence and power of the military, the “Orwellian” power and control that still reigns over the country and the people, either through the various checkpoints that travellers and locals have to shuttle themselves through or the restrictive zones that no one is allowed to pass. I am afraid I haven’t seen the horrors of the genocide by my own eyes, I haven’t seen the pain and suffering of the Rohingya people, which I am sure are aplenty and are atrocious.

What I have seen, is the pure happiness and joy of the local Myanmar people when receiving visitors from all over the world, when sharing facts about the beauty of their country and their excitement on what tourism brings and what they hope continues to bring them in the future.

I have only seen the world that the government and military are happy to share with visitors, the stunning scenes of nature that leave you speechless and that is what I can report on. 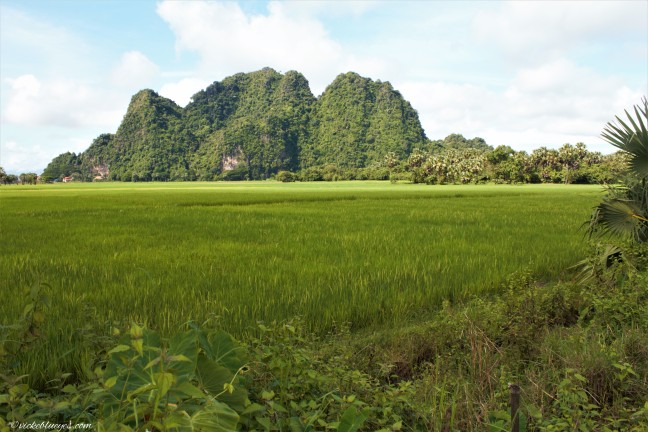 Myanmar is a country unparalleled to any other I have been to. Okay, so the food may not be as delicious as neighbouring Thailand or India, and the scenery at times is reminiscent of Vietnam or Laos, but the hopeful optimism and positivism of the local people, despite their harsh and bleak history, is something else.

After years of dictatorship and living under a ruthless regime, local people beam with smiles and greet you with wide open arms into their country. Partly this lies with the tourism industry still being relatively new to Myanmar, still continuing to grow and on the whole, hasn’t consumed the country and transformed the minds and motives of the local people-yet. Of course, Myanmar has dramatically changed since it first opened its doors, with coca cola now being served in Myanmar, ATM’s everywhere (even in Pagodas!) and a sufficient tourist transport network. The country still has a long way to go before local people become entirely deflated by the arrival of visitors, thus local charm is overwhelming, although of course, time can change that.

The landscape is stunning and varies from an untouched archipelago, voluptuous mountains, serene beaches and ancient temples. Trekking and visiting the thousands of temples that are dotted all over Myanmar, are the most popular tourist attractions at the moment.

Because I had booked a hot air balloon in Bagan (which unfortunately got cancelled due to a thunderstorm, its best to book in November for a sure flight). I arranged my trip around the route Yangon-Hpa An-Inle Lake-Kalaw-Bagan-Mandalay so I could work my way up the country and organise my time to be in Bagan for the start of the hot air balloon season.

A more popular route is to start in Yangon heading into Mandalay or Mandalay-Bagan-Kalaw-Inle Lake-South-Yangon, thus flying in and out of two international airports and and making sure to trek from Kalaw to Inle Lake where it is a more popular route.

Other common destinations include:

Hpa An (my personal favourite)

Hispaw  (for more authentic trekking and the famous viaduct)

Kyaikto (for the Golden Rock)

After much research, I found that I couldn’t get kyats outside of Myanmar, but only in Myanmar, thus dollars are recommended to bring in. Many guide books and travel blogs insisted dollars could be used anywhere, but what they didn’t highlight was the pristine condition that they had to be in,  which made using dollars extremely difficult to use. All ATMs give kyats and all places take kyats no matter the quality, so realistically it is much safer for you to pay in kyats and travel with some emergency dollars with you.

As I said before, the food in Myanmar is not as tasty as its neighbours, however luckily for the local people, lots of people move to Myanmar from surrounding countries meaning there is a rich diversity in food; with many restaurants serving Thai, Chinese, Nepalese and Indian food. Chicken fried rice is a cheap staple diet for a backpacker on a budget but if wanting to branch out try the delicious Shan noodles from the Shan state. It is also fairly common to choose a meat dish in a local restaurant and for that dish to come with rice, soup and a number of fermented vegetables- I warn you, their unique taste is not for everyone!

Most of the country is Buddhist, 90 percent in fact, followed by Sikh, Muslim and Christian. To respect all religions and the local culture, cover your legs and shoulders, especially when going into temples. The locals are not used to the sight of women in revealing outfits and were slightly horrified when seeing so, please do dress moderately.

Getting Around and Accomodation

Bus is the main mode of transportation and varies in style and price. You could be travelling by a local bus that stops at every stop, or a VIP bus that provides bottled water and takeaway meals, all vary in price and comfort, similar to accommodation. If travelling in high season, I do recommend to book ahead as it is still a developing country within the tourism industry and there are as not as many options as one would see in Thailand for example, which does make travel more expensive. You can find cheap guesthouse priced at as little as 5 thousand kyat although a little dirty around the edges.  A rough average is 7 thousand for a local guesthouse you may see nearby to a touristic area, whom has no website. On booking websites, the more expensive and website owned places are available to book, but like all countries in Asia, if you take the time to look a little more around the area, then you will find a cheap and comfortable alternative that suits you.