Brought up in the Middle East, Vicky is open to new cultures and experiences which is highlighted consistently throughout her work. With a background shaped in the creative arts, Vicky continued her passion for communication and story telling as a multi platform presenter, reporter, broadcast journalist, producer, and documentary maker for the BBC, as a writer, and in a workshop setting as a facilitator and speaker. She specialises in sourcing original stories and unique individuals to report on and broadcast, connecting with diverse communities and her main interests are: empowerment and rights, music, and adventure.

She has broadcast for BBC 5live, BBC Radio 4, BBC World Have Your Say, BBC Radio 1, 1Xtra & Asian Network’s Newsbeat and BBC Essex. She has a track record of exploring injustices and failings, and providing a voice for the voiceless, as well as adapting content to other multi media platforms.

Stories include; alcoholism told by alcoholics, which she also wrote an article on for BBC News; producing and broadcasting an investigative report on online scams for BBC Radio 1 and 1Xtra’s Newsbeat, broadcasting a report on aphasia in lockdown for BBC Radio 4’s World at One and BBC 5live inspired by her own documentary, putting together an exclusive on those who have been Excluded by the government’s SEISS for BBC Essex, as well as covering the contaminated blood scandal, and the failings of the test and trace system. Aside from covering investigative and hard hitting journalism, her loud laugh and positive manner works well for light hearted content, such as chatting dating in lockdown for BBC Radio 4. She is a versatile reporter and producer, one minute interviewing music lovers at The Prodigy’s lead singer Keith Flint’s funeral or broadcasting live whilst getting her legs waxed, another putting together a joyful story on care homes together, which is then further shared on BBC Look East, BBC News, BBC Breakfast, Sky News, ITV Meridan, Good Morning Britain and the Daily Mail. 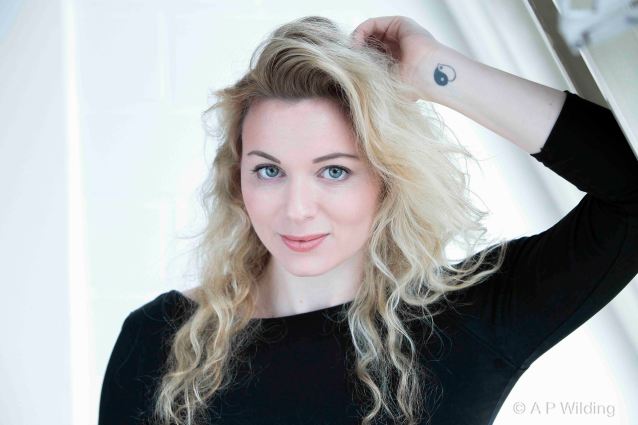 During April 2021, Vicky made her debut as radio documentary maker for the BBC, producing a powerful special on behalf of BBC Essex, “Life’s Second Chances“, telling the story of two individuals experiences of coronavirus and their long recovery. Due to the significance of the piece, it was picked to be networked across all 39 BBC local radio stations.

As well as this, she researched, produced, presented, and edited her own documentary on an original story personal to her, “Aphasia on Zoom”, which was aired in full on BBC Surrey on BBC Sussex. She also produced and broadcast a report on this subject on BBC Radio 4’s World At One programme and BBC 5live.

Vicky prides herself on her communication skills, establishing a personal connection with anyone and everyone, both on and off air, and has booked high calibre guests such as AJ Pritchard, Chesney Hawkes, Adrian Chiles and Alistair Plunkett for local radio, as well as creating warm radio moments with Jackie Weaver, Mr Motivator and Lee Mead.  As well as this, she has been trained to provide cover as an assistant producer for Pick of The Pops on BBC Radio 2.

Vicky also presents, produces and edits her own inspirational podcast called “Let’s Go Kickass Today”, which you can find out more by clicking here.

Prior to joining the BBC, Vicky was a radio presenter and producer for commercial stations for the radio group UKRD and had her own evening show every night supporting unsigned and emerging music artists on eagle3, she co-hosted the Mi-Soul Breakfast show with George Kay for the independent radio station Mi-Soul Radio, had her own travel and music show “Solo Ventures with Vicky” on Women’s Radio Station, and reported on traffic updates for Talk Sport and Jack FM Oxford.

In addition to radio, Vicky has experience researching and presenting at events across London for Winkball. Highlights include reporting at Eid Festival, interviewing DJ Spen at Southport Weekender, interviewing campaigners at the World Naked Bike Ride, reporting on the Audio Production Awards for three years in a row and interviewing journalists at the 2018 News Rewired Digital Conference sponsored by Thomson Reuters.

Vicky’s storytelling also transfers into a workshop setting; facilitating workshops and giving talks focusing on empowering its participants on themes such as “Owning Your Superpower of Being Too Much”, basic drama skills, issue based work, or highlighting various forms of storytelling across radio, podcasts, and the creative arts. This has led her work for a number of companies such as Bush Theatre, NCS The Challenge and Freshwater Theatre Company. Highlights of her career in the arts include; performing at the UEFA Championship final as a dancer at Wembley in 2011, dancing in a flash mob for the Royal Ballet, facilitating podcast workshops for the BBC Young Reporter Scheme and facilitating creative workshops in prison.

On paper, Vicky continuously pens her travel experiences, reactions to current affairs and interviews musicians and artists for a number of various online magazines and companies, as well as writing on this website. Highlights include; researching and writing a piece on alcoholism for BBC News, writing about her lockdown experiences for The Metro, moving house four times for Refinery29, her opinion on smoking for The Independent, and writing a self reflective piece for Thought Catalog.

Vicky’s diverse skill set highlights her versatility and vast imagination, and her infectious enthusiasm for life and creative energy drives her purpose behind her practice, which she brings to all aspects of her work.

Throughout all the platforms which Vicky works on, she aims to provide a voice to the voiceless, encouraging and empowering people to speak out on topics she feels passionate about such as;  empowerment, human rights, women’s rights, the justice system, travel, adventure, extreme sports, culture,  music, and the arts.

Having travelled solo since she was 12 and beginning to backpack to far corners of the globe since the age of 18, Vicky is no stranger to adrenaline, adventure and adaptability. She believes in living life to the full which constantly challenges her own being and enjoys inspiring others to do the same, because of this, she’s created a trending hashtag: #LetsGoKickAssToday. You can find out what is on her bucket list by clicking here.

Want to work together? Email: vickyecarter@gmail.com

This site uses Akismet to reduce spam. Learn how your comment data is processed.