Vicky is a multimedia presenter, reporter, producer, journalist, and documentary maker for the BBC, researching powerful stories to produce and broadcast. She has broadcast for BBC 5live, BBC Radio 4, BBC World Have Your Say, BBC Radio 1, 1Xtra & Asian Network’s Newsbeat, BBC Guernsey, BBC Jersey, and BBC Essex. She has a track record of exploring injustices and failings, and providing a voice for the voiceless, as well as adapting content to other multi media platforms.

During April 2021, Vicky made her debut as radio documentary maker for the BBC, producing a powerful special on behalf of BBC Essex, “Life’s Second Chances“, telling the story of two individuals experiences of coronavirus and their long recovery. Due to the significance of the piece, it was picked to be networked across all 39 BBC local radio stations.

As well as this, she researched, produced, presented, and edited her own documentary on an original story personal to her, “Aphasia on Zoom”, which was aired in full on BBC Surrey and BBC Sussex, also broadcasting a report on BBC Radio 4’s World At One programme and BBC 5live on the subject. In March 2022, she produced and presented a radio documentary on “The Future of Guernsey French” for BBC Radio Guernsey.

She is a versatile broadcaster and journalist, one minute interviewing music lovers at The Prodigy’s lead singer Keith Flint’s funeral or broadcasting live whilst getting her legs waxed, another putting together a joyful story on care homes together, which is then further shared on BBC Look East, BBC News, BBC Breakfast, Sky News, ITV Meridan, Good Morning Britain and the Daily Mail.

After a month of reading the news for the first time, she was asked to be newsreader for the relaunch of the BBC Guernsey Breakfast show. As well as this, she has been trained to provide cover as an assistant producer for Pick of The Pops on BBC Radio 2. 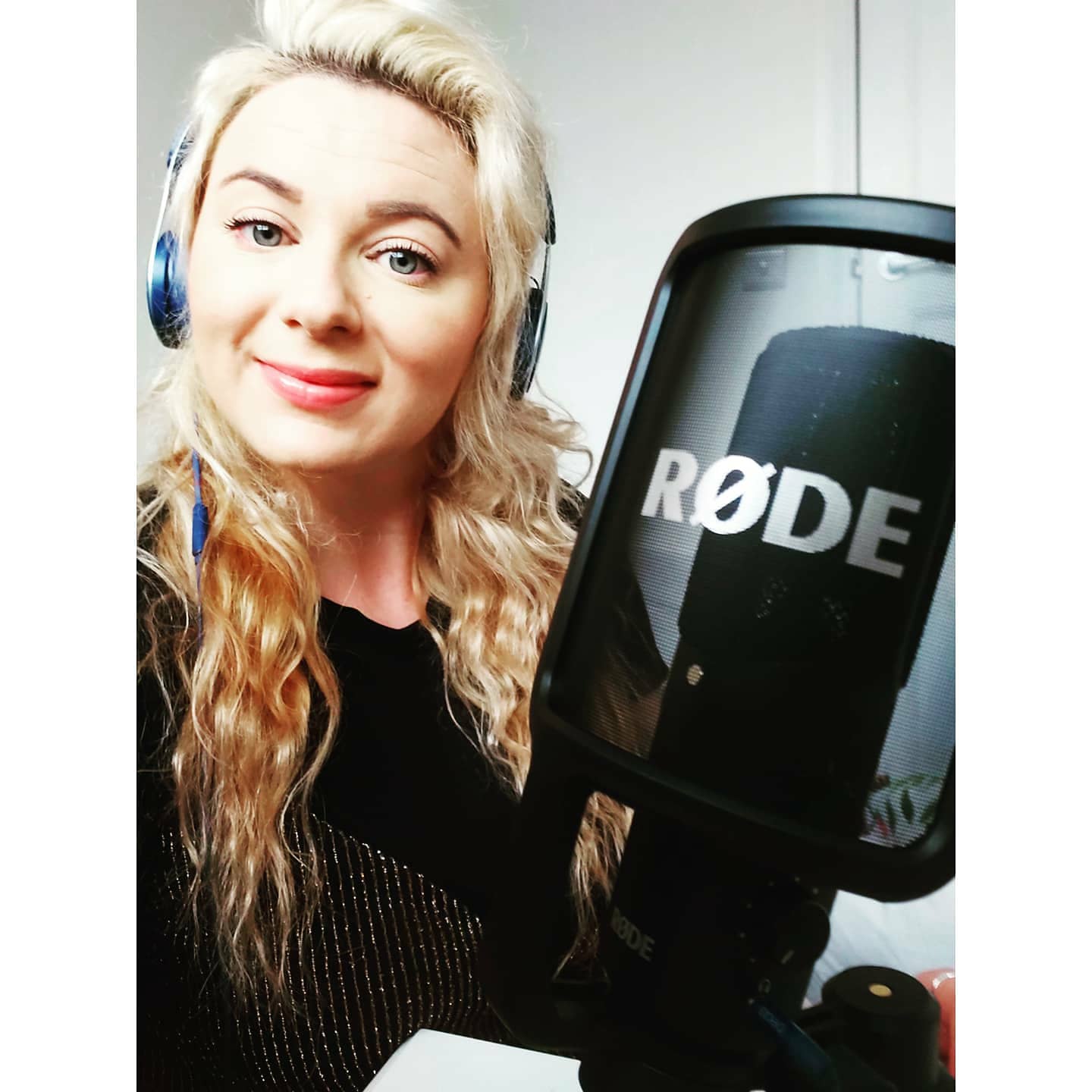 Vicky also presents, produces and edits her own inspirational podcast called “Let’s Go Kickass Today”, where she interviews incredible kickass people from the areas of music, adventure and culture. Guests have ranged from Suzi Quatro and Rozalla to journalists like Lisa Francesca Nand and Jane Perrone. You can find out more by clicking here.

Prior to joining the BBC, Vicky was a radio presenter and producer for commercial stations for the radio group UKRD and had her own evening show every night supporting unsigned and emerging music artists on eagle3, she co-hosted the Mi-Soul Breakfast show with George Kay for the independent radio station Mi-Soul Radio, had her own travel and music show “Solo Ventures with Vicky” on Women’s Radio Station, and reported on traffic updates for Talk Sport, Magic, Absolute, and Jack FM Oxford.

Vicky has six years varied experience working in broadcasting, content production, and journalism, for radio and podcasts, for a number of different stations and outlets and is consistently developing her skills.

As a Reporter for BBC Radio 5live

As a Reporter for BBC Radio 4

As a Reporter for BBC Radio 1 & 1Xtra

As a Co-Host for an Independent Radio Station

As a Traffic Broadcaster